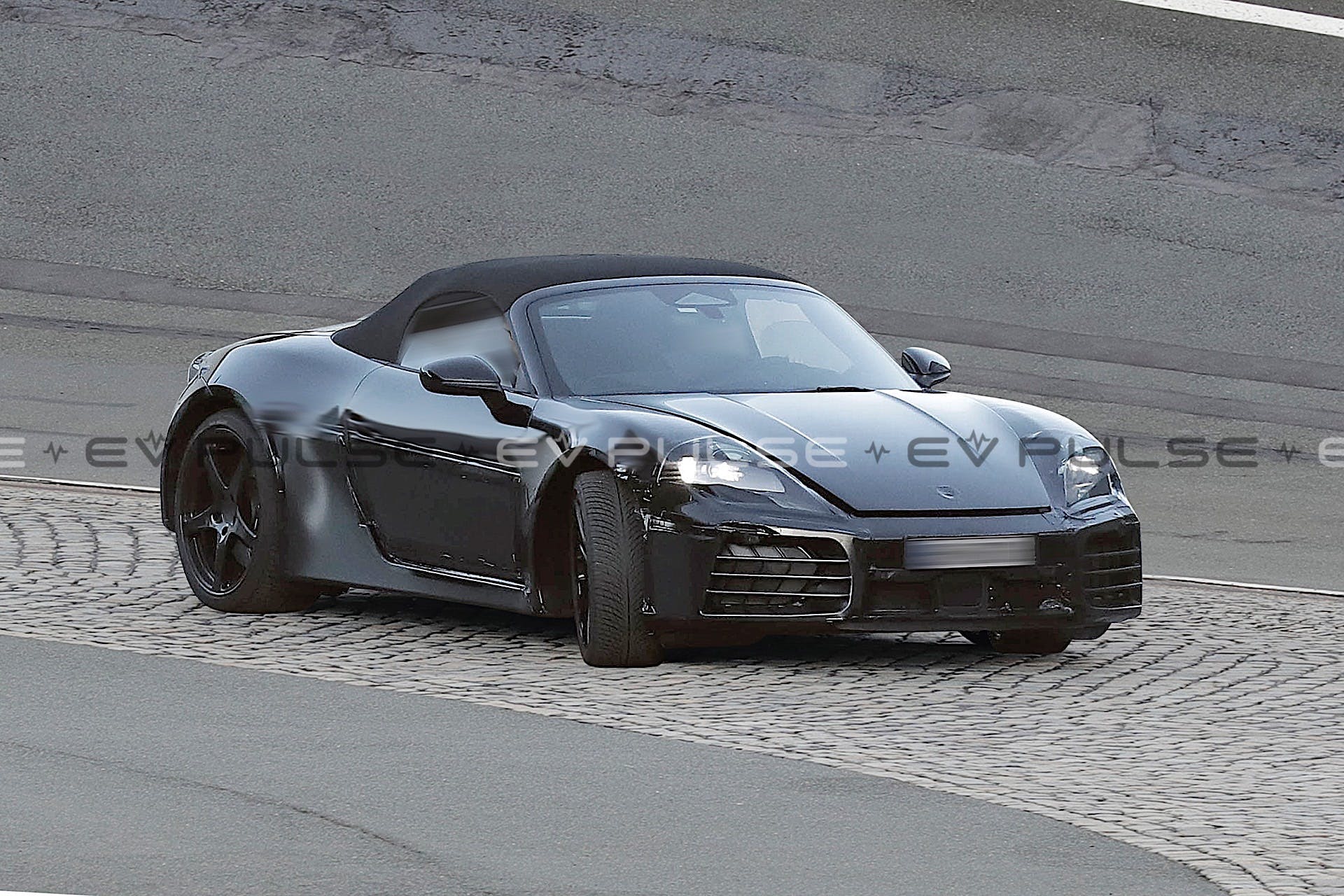 Porsche has made it extremely clear that it is going all-electric. We’re pretty big fans of the brand’s first offering, the Taycan, but it doesn’t stop there.

Coming soon-ish to a dealership near you will be an all-electric version of the Porsche Boxster. How do we know this? Because Porsche’s Oliver Blume said earlier this year, “By the middle of the decade, we want to offer our mid-engine 718 sports car exclusively in an all-electric form.”

We also know that it’s going to happen because spy photographers have caught that very model testing.

From what we can see, there are slightly redesigned front and rear bumpers, obviously to improve aero, but otherwise the car looks a lot like any other 718 Boxster you might see on the street.

The changes are similar to what we’ve seen on the Mission R concept that debuted last year. That car had a claimed 1,073 hp. That’s not exactly likely to happen in a production Boxster.

What will likely happen is that there will be a rear motor version at launch, with a motor from the Mission R. We’d actually expect the 429 hp front motor to get swapped to the rear axle in a base, lighter weight model.

But what probably we’ll happen, because we’re often wrong, is Porsche brings the 626 hp rear electric motor straight over to the production Boxster.

The car will take advantage of high-performance battery cells from Cellforce Group, which will arrive in late 2024 for the 2025 model year.

We would also expect a 2-speed PDK, like in the Taycan, to make the production Boxster.

We know Porsche knows how to build fun-to-drive electric cars. Weight will play a huge role in the electric Boxster, but with new battery cell technology and a few more years of engineering, Porsche might have an electric sports car success on its hands.