One Leaf please, Sunny side up 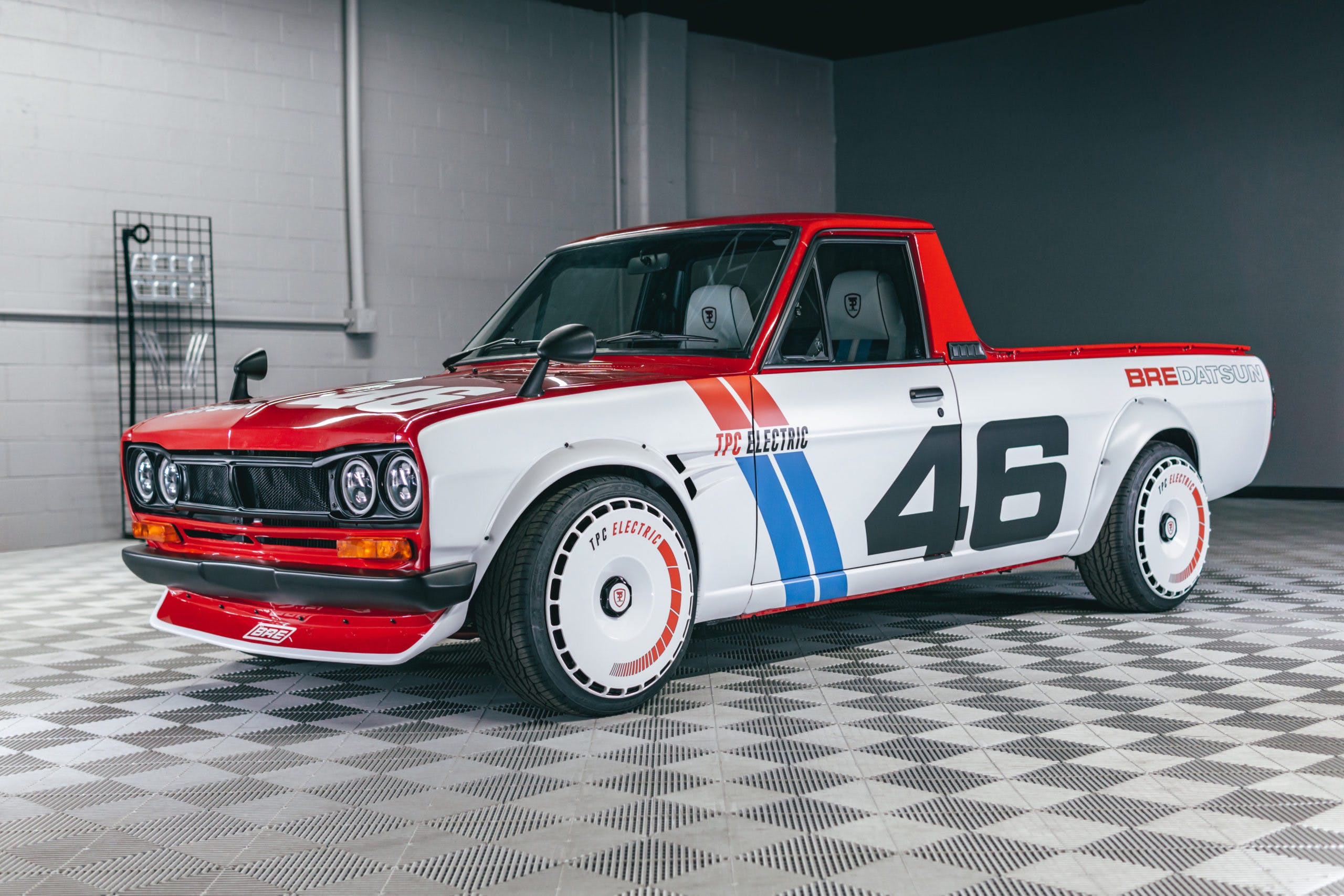 At this year’s SEMA Show in Las Vegas, the Nissan both has some cool vehicles powered by electrons. Our favorite, though, is the 1987 Nissan Sunny pickup truck that has had its powertrain replaced by a donor Nissan Leaf.

This Sunny was built by Tommy Pike Customs from South Carolina, and has a 40-kWh lithium-ion battery pack from a Nissan Leaf. The onboard Leaf motor is rated for 147 horsepower and 236 lb-ft of torque. Nissan says that that is twice the amount of horsepower, and three times the torque of the gasoline engine that originally came with the truck.

“I bought the Sunny Truck because I thought it was such a cool piece of Nissan history and heritage — especially when I saw it was a right-hand-drive model,” said Tommy Pike. “Taking the unexpected step of converting the Sunny to electric power while wrapping it with the Brock Racing Enterprises livery felt like the perfect way to pay homage to Nissan’s heritage and modern innovation.”

The Sunny Truck retains the factory 56A manual transmission, which is pretty slick.

The truck has a “Hakosuka” Skyline wide body kit, and the front suspension from a S13 240SX. The 17-inch Rotiform wheels are also pretty sick.

Finally, the truck is covered in Brock Racing Enterprises “46″ livery.

It’ll be on display at SEMA, and we need to figure out who we need to talk to in order to take this thing for a drive.