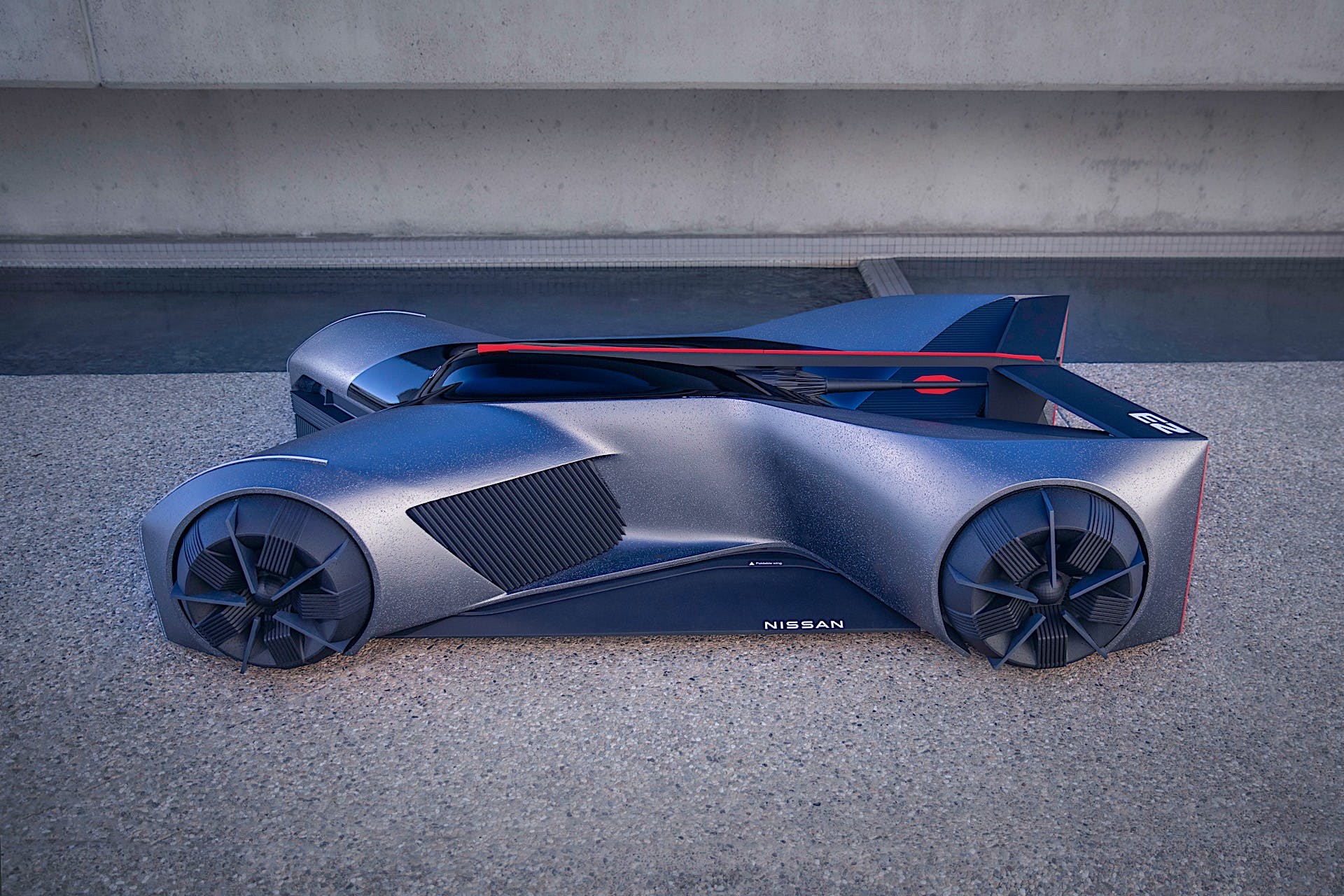 When the world is fully autonomous, what would happen to the driver’s cars? What’s going to happen to car enthusiasts? Well, Nissan Design has gone and attempted to answer to that by bringing an idea envisioned by one of its interns to life complete with inspiration from Godzilla itself, the Nissan GT-R.

The GT-R (x) 2050 is a futuristic study by Jaebum “JB” Choi, a graduating student at Art Center College of Design in Pasadena, California who also interned at Nissan Design America. Dubbed a “wearable machine,” Choi imagined connecting a person’s brain to the vehicle’s computers so that it can perform better than the average self-driving car of the future.

The car’s X shape is supposed to mimic the shape of a human body and getting in the car. Think of it as a mechanical suit with wheels, an exoskeleton of sorts with a helmet and suit that you wear equipped with a camera and a brain-to-core transmitter. You even operate the car in a prone position, further hinting at its driver-focused nature.

Measuring 10 feet long and about two feet tall, the GT-R (x) 2050 draws a lot of inspiration from the current GT-R. The rounded taillights, V-motion-like cues, and red accents all hint at the car that inspired the design study. Other cool features include one-piece wheels and tires that are more squared to allow the car to turn 360 degrees. Even the spoke patterns were designed for faster cooling during enthusiastic driving. There’s also a wing that extends in and out to add more downforce.

Although the GT-R (x) 2050 is merely a design study, it gives a hint at what the future of mobility could be. This could easily be a new breed of vehicle that works as an extension of the human body, doing exactly what you want it to do. In an autonomous world, driving and vehicles like this will likely be a new form of past time, something you do for pleasure instead of as a necessity.