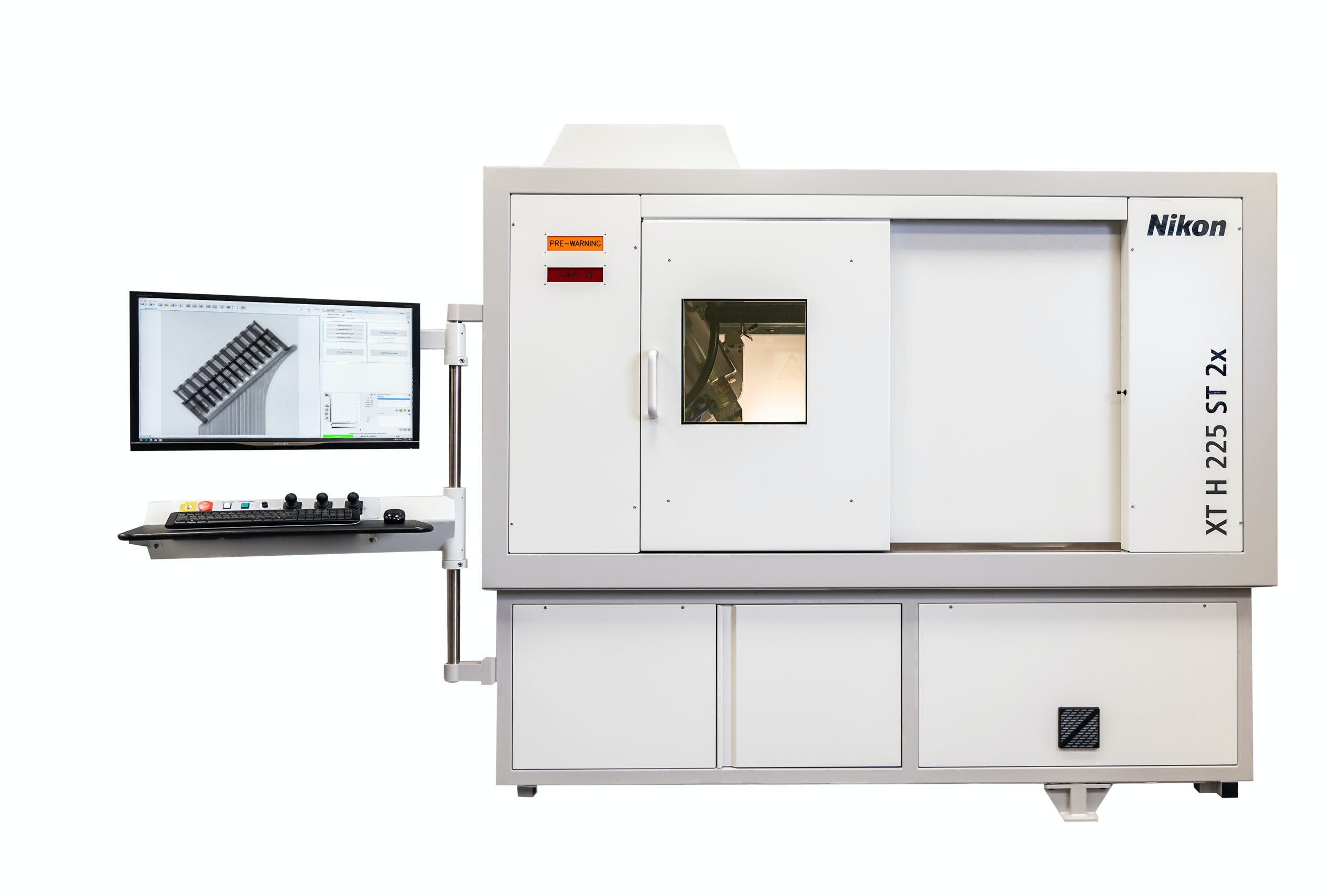 Nikon Metrology has announced a new industrial-grade X-ray CT scan system aimed directly at improving inspection speeds and reliability. Called the XT H 225 ST 2x, this scanner aims to streamline the production process and cut overall inspection times. This is done via new features that promise to provide clearer photos and cut the time something is on the X-ray cycle to speed up the processes without sacrificing image quality.

Nikon Metrology says that the simplified operation of its new X-ray CT scanner allows it to be used for a wide range of applications including automotive production. Rotating.Target 2.0 maximizes the image quality of the data collected and spins the target to dissipate the heat generated via the X-ray process, minimizing the cool-down time and increasing scanning speeds. Local.Calibration allows for automated vowel size calibration at any CT scan position, which promises high accuracy instead of the operator manually performing the task.

Nikon Metrology has also made improvements to the X-ray system’s filament life. Auto.Filament Control does exactly what its name says to double filament life and increase uptime without losing microfocus resolution. Quick.Change filament cups allow for lower system downtime and minimizes human error since it’s essentially a plug-and-play system. Half.Turn CT speeds up the X-ray process because it only requires the subject to be rotated 180 degrees to acquire sufficient data.

Nikon Metrology anticipates automotive companies will need a quicker, more accurate inspection tool for the EVs entering the market within the next two to three years. It expects this new X-ray CT scanner to simplify the manufacturing process because it can be configured in a straightforwardly for new users or allow advanced ones to fully customize the experience.