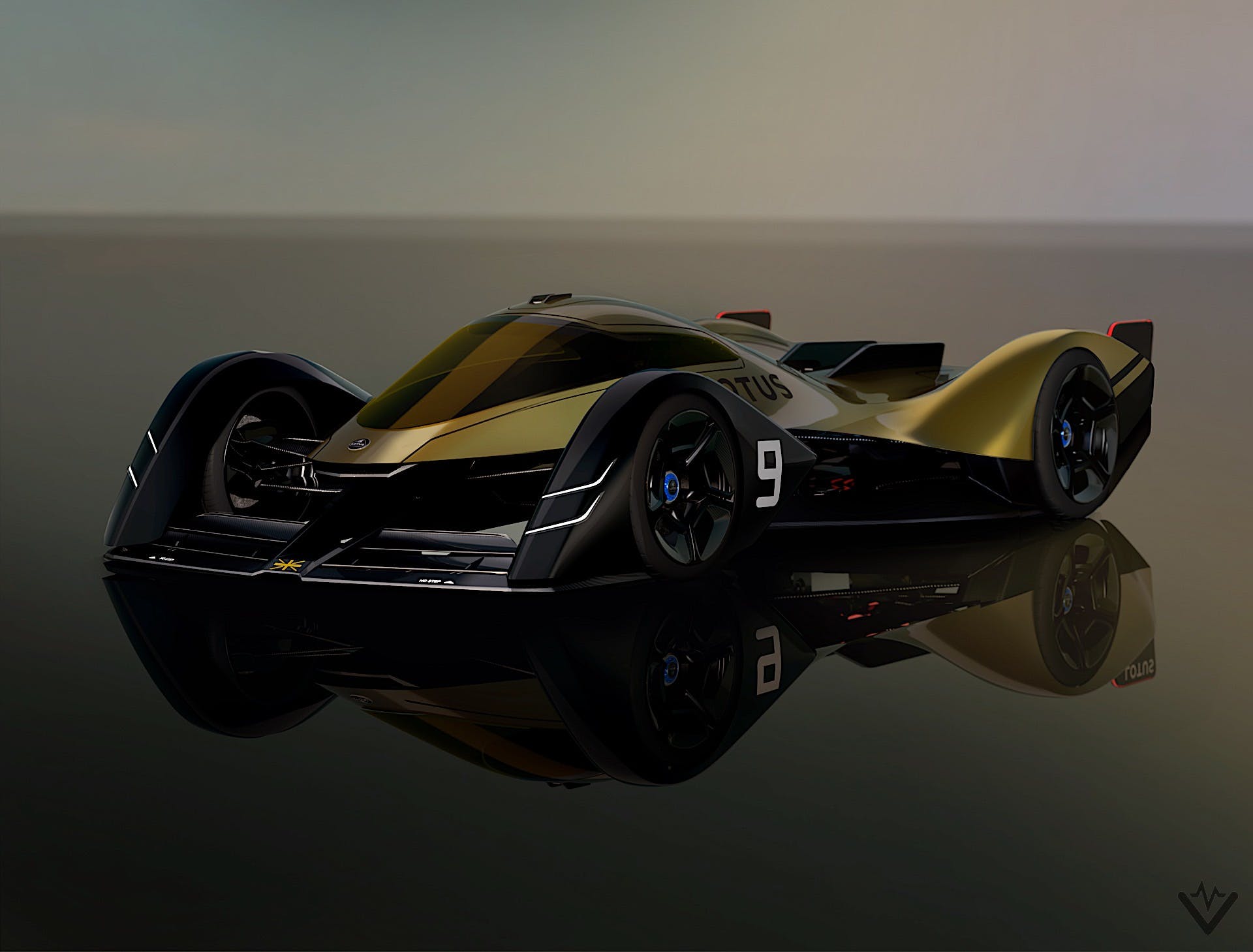 Lotus has revealed a design study of what could become an endurance race car that may find its way into circuits by the 2030 season. Called the E-R9, this insane concept features a cool delta-wing-like body to maximize aerodynamics and a center canopy similar to what you’d find in a Le Mans prototype race car. Finished in black and gold, Lotus’ signature colors, the E-R9 features “morphing” body panels to help it slip through the air better.

Developed by Lotus Engineering, the E-R9 is a tech showcase that highlights the capabilities of electric powertrains and maximizing aerodynamics. The vehicle’s name is an homage to Lotus’ racing heritage. E-R stands for Endurance Racer while the number 9 is a tribute to the Mark IX, which Colin Chapman, Lotus’ founder, drove at the 24 Hours of Le Mans in 1955. Development of the E-R9 Concept was a collaboration between Richard Hill, Lotus’ chief aerodynamicist, and Louis Kerr, the principal platform engineer on the Evija, and GT technical director of Geely Group Motorsports International.

“What we’ve tried to do is to push the boundaries of where we are technically today and extrapolate into the future,” said Hill. “The Lotus E-R9 incorporates technologies, which we fully expect to develop and be practical. Lotus has an amazing history of developing unique solutions, and we’ve done it many times in motor sport and with our road cars.”

The car’s “morphing” body panels essentially allow the surface to automatically change shape and altitude or via the driver pressing a button. Sensors are used to determine whether to maximize the car’s wind-cheating capabilities or add extra drag to help the car corner better. On the powertrain front, Lotus is using an enhanced version with torque vectoring, and a mixed cell chemistry battery with superior power and energy density that can be swapped for a new one during pit stops.