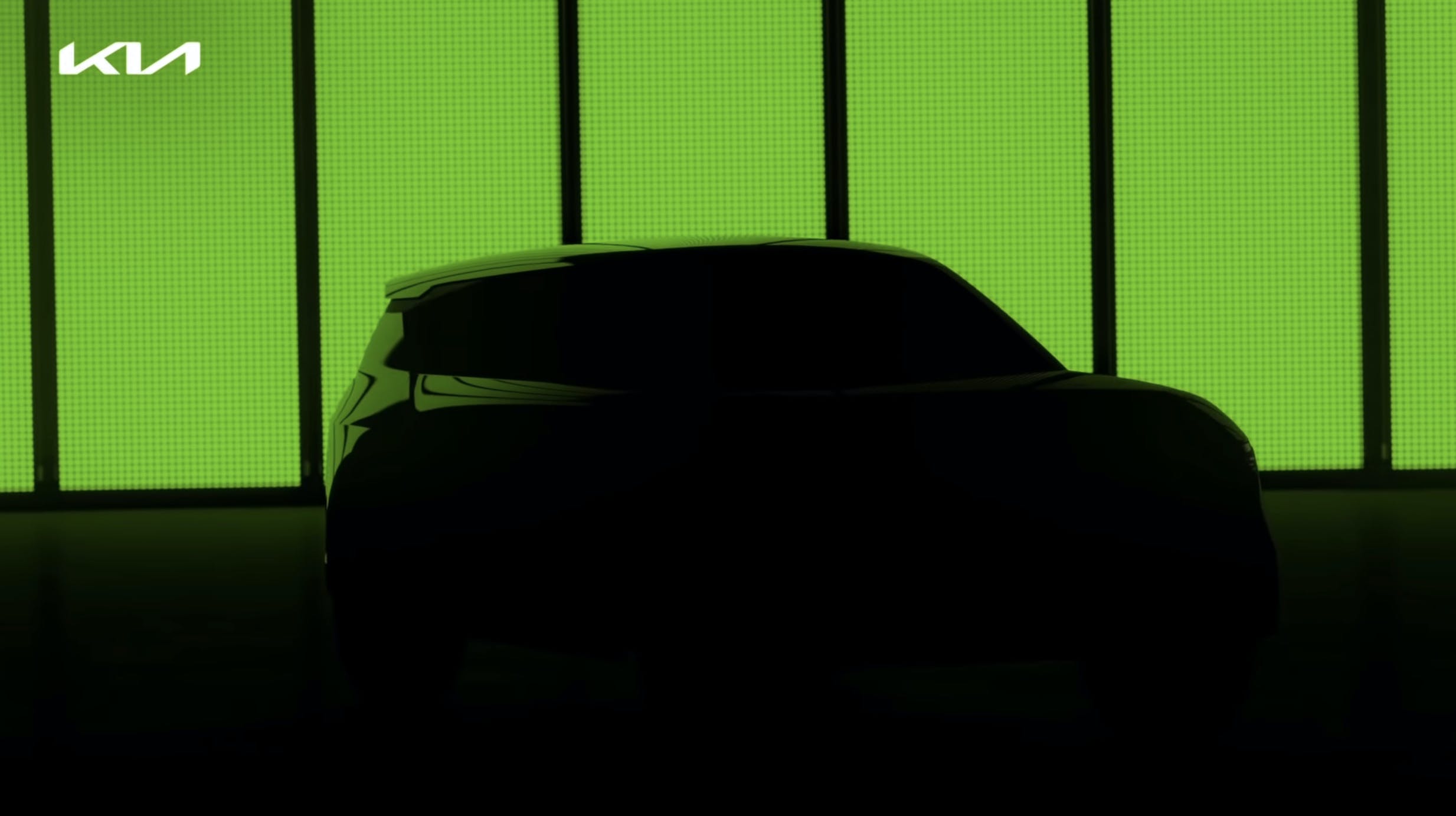 Kia’s rebranding showed off more than its intentions to be a more sustainable provider of different types of mobility solutions. We also got a look at what’s coming after the Korean automaker launches its first dedicated EV thanks to a bunch of teasers at the end of the livestream. There’s a lot of juicy new product to come and the two that stuck out were a three-row SUV that appears to be an electrified Telluride and a sharp sports sedan that could hint at the Stinger’s internal combustion-free second generation.

Let’s start with the big SUV first. Although we only see is the outline of the car, it’s taken design cues for the popular Telluride, hinting that this could be an electric version. Whether it’s part of the current model’s refresh, a second-generation, or a different model altogether remains unknown but we do know that this is Kia’s answer to consumers wanting a three-row crossover with seating for up to eight and an electrified powertrain.

The second model that stood out is one of the two sedans, most notably the one in the background. That appears to be the production version of the Imagine Concept, a long, swoopy four-door originally shown at the 2019 Geneva auto show. Based on the silhouette we see, this car has a very short deck lid hinting that it could have a liftgate instead of a trunk. If this teaser is any indication, the production version of the Imagine Concept is the second-generation Stinger, adding more evidence that Kia’s drift-happy sports sedan is going all-in on electrification.

There are two other models that Kia teased. One appeared to be a boxy subcompact crossover reminiscent of the Soul. This could serve as one of Kia’s entry-level EVs and could feature the same youthful flair as the iconic boxcar that put the Korean brand on the map. The quick view we get of the car’s silhouette shows a floating roof motif just like the Soul and Seltos; however, it appears to be closer in size to the latter.

The other sedan looks like a compact all-electric sedan. This smaller four-door appears to be Kia’s answer to the Tesla Model 3 and Polestar 2. The coupe-like roofline and short deck lid are present on this model, too, further hinting that it could have a hatch instead of a trunk. There also appears to be some design cues taken from the Futuron and Imagine Concepts.

In addition to the three crossovers and two sedans, Kia also teased three commercial vehicles and a mobile personal pod. These round out nine of the 11 EVs that the brand plans to release by 2025. We suspect the other two are the Soul EV, which is already on sale in Korea and Europe, and the upcoming second-generation Niro. The latter will retain its three-variant lineup consisting of a standard hybrid, plug-in hybrid, and a full EV.