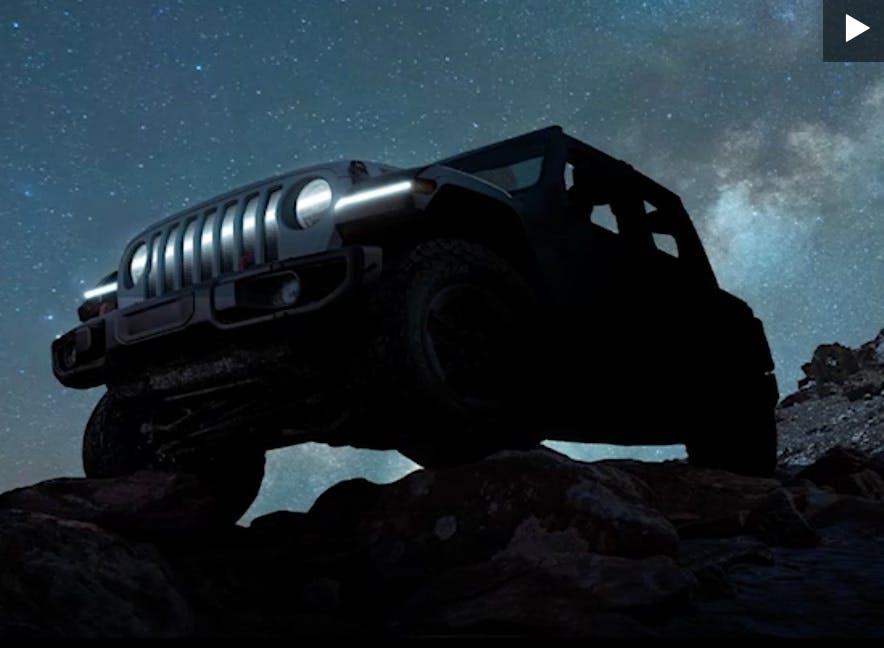 Prior to the annual Easter Jeep Safari in Moab, Utah, the folks at Jeep build a few concept vehicles to take out and get dirty. Some incredible concepts have debuted, including a few that eventually see production. This year, one of those concepts is expected to be an EV Wrangler.

After the Jeep Super Bowl ad, it directed people to a consumer site called “The Road Ahead and the Future of American Adventure.” On this site it highlights some new vehicles coming, including a 4xe version of the Grand Cherokee.

What catches most of the enthusiast’s eyes is the mention of the Wrangler BEV Concept. The only information it provides is that it’ll be part of this year’s Easter Jeep Safari festivities.

In a brief animation video, you can see the insides of the Wrangler BEV Concept. It appears that everywhere Jeep could stuff in a lithium-ion battery pack, it did.

Being a concept, it’s likely that Jeep will just announce some projected range that will never get tested in the real world. But we do know that Jeep, as well as the rest of Stellantis, is interested in electrification and an all-electric Jeep would provide all the capability you expect from the brand without the greenhouse gas emissions.

Hopefully the Easter Jeep Safari actually happens this year in Moab, since the pandemic prevented the fun last year. But if not, still expect to see Jeep show off the new Wrangler BEV Concept, along with more special stuff, around the time of the event.