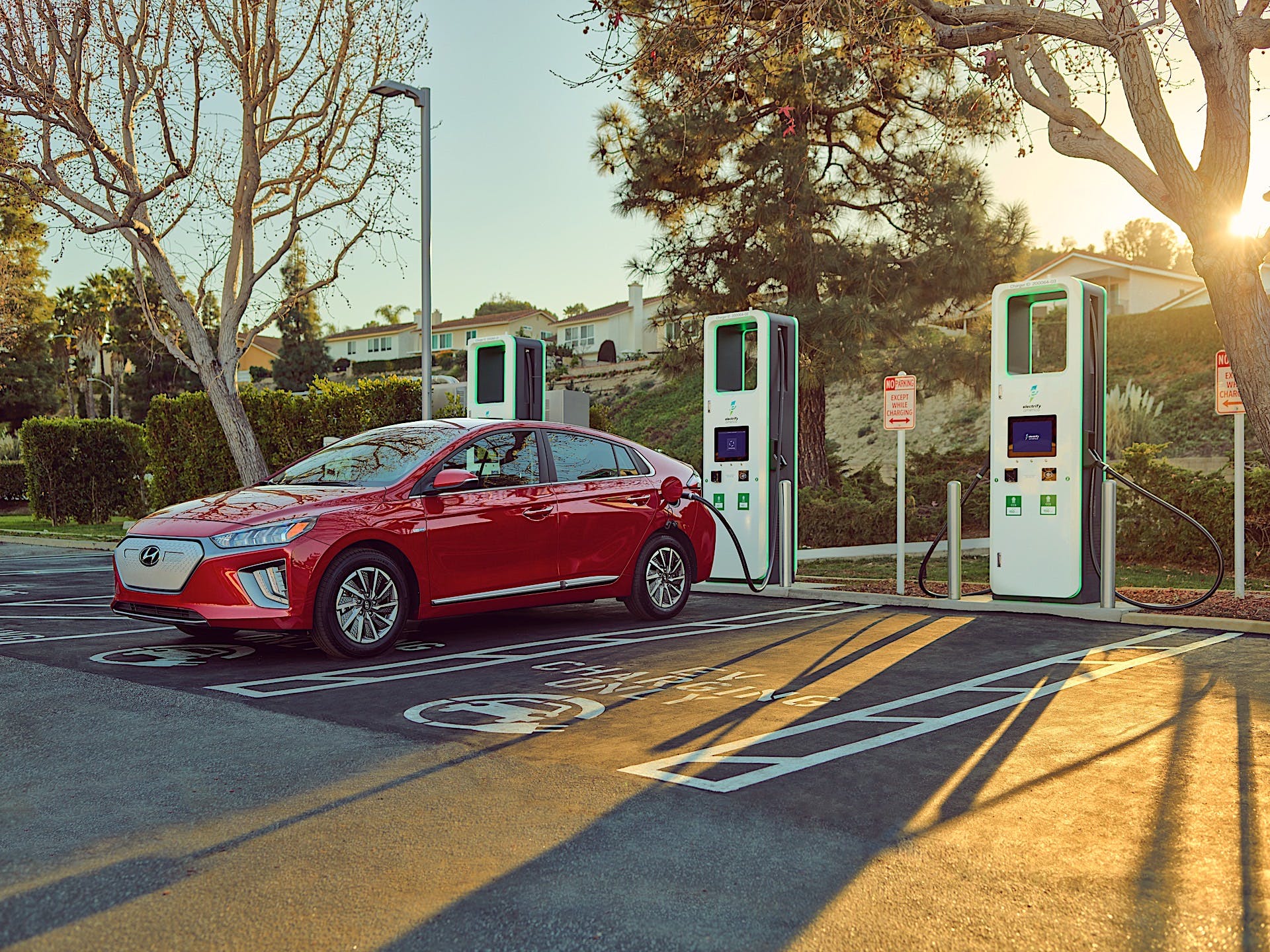 Hyundai has announced that 2021 Kona Electric and Ioniq Electric models will now get complimentary fast charging via the Electrify America Network. Owners will need to use the Electrify America app to find the nearest station and access their free charging. In total, Kona Electric and Ioniq Electric owners will be able to access 250 kWh of free fast charging, which is around 1,000 miles of driving range with either vehicle.

“We know EV interest and sales are expanding, nationwide and more people are adding chargers to their homes every day,” said Olabisi Boyle, Vice President of  Product Planning and Mobility Strategy at Hyundai North America. “Our Kona and Ioniq EV owners are getting additional peace of mind when heading out on longer trips with prepaid access to Electrify America’s national fast-charging network. Electrify America’s DC fast chargers more than meet the Kona and Ioniq’s higher power charging capabilities.”

In total, Electrify America has over 2,400 charging stations across the United States, many of which are located in large urban areas or major highways. Each station has anywhere from three to ten DC fast chargers to accommodate multiple vehicles and can provide up to 350 kW rate of charging for compatible vehicles.

Thanks to its 64-kWh battery, the Kona Electric can travel 258 miles per charge, which is on the higher end among mainstream EVs. Using a 100 kW DC fast charger, the battery can be replenished to 80 percent in around 54 minutes. Hyundai recently revealed the refreshed 2022 Kona Electric, which gets a host of styling changes and new tech features including a digital gauge cluster and an updated infotainment system.

Later this year, Hyundai will add the Ioniq 5, a compact crossover riding on its EV-specific E-GMP architecture.