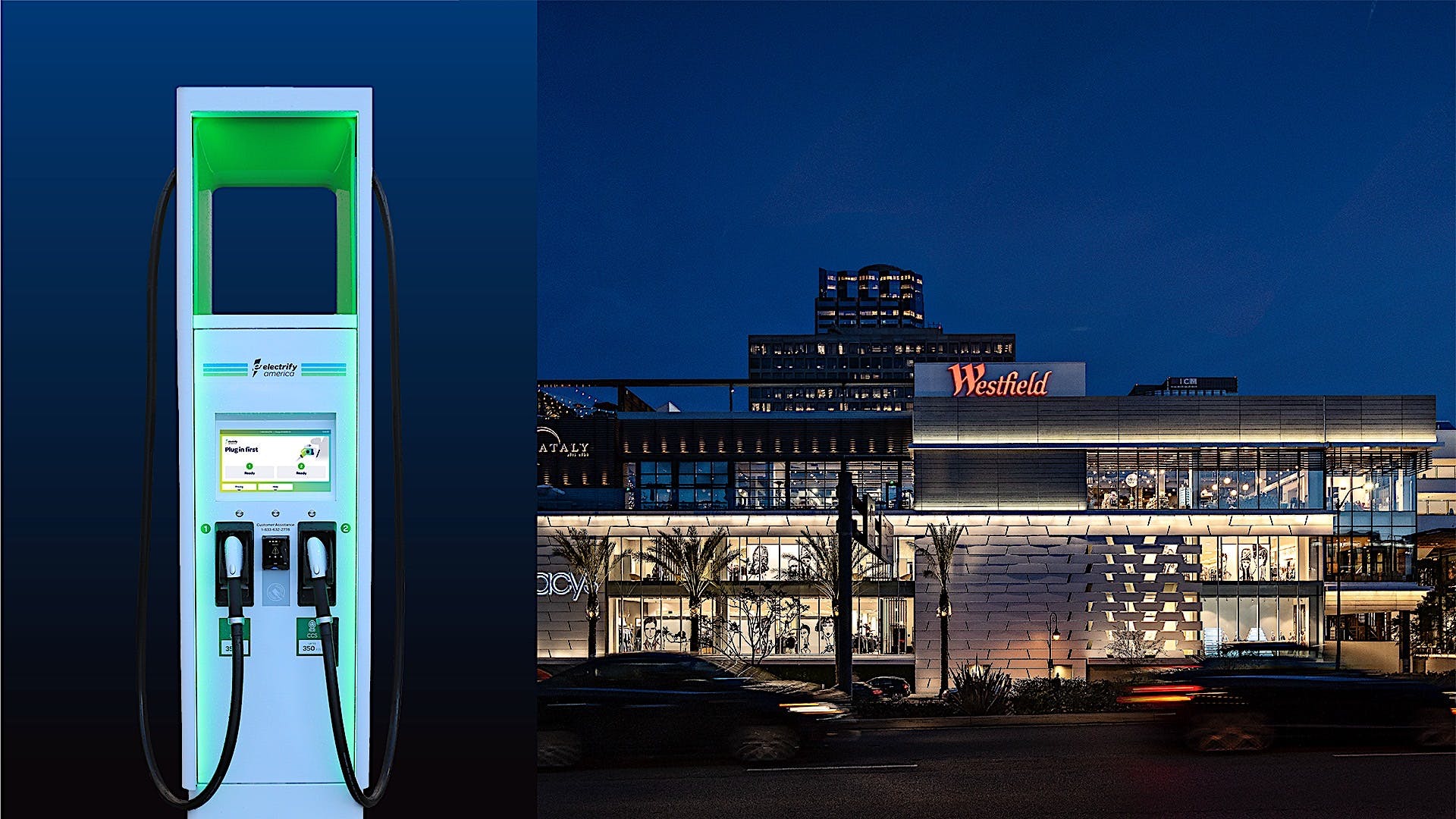 Up until now, many high-speed Electrify America DC fast chargers were limited to areas along major routes so drivers could recharge on a journey. Following the Tesla Supercharger approach with early deployment, the company can cover the most space in the least time.

Now, the company is expanding beyond that. In addition to the chargers it already has — and the ones it plans on deploying — the company is also has partnered with Westfield to deploy fast charging at shopping centers.

“Electrify America is excited to bring ultrafast EV charging to Westfield shopping centers, which are known for providing their visitors with exceptional experiences,” said Anthony Lambkin, senior director of operations at Electrify America.

You can check out the entire list of chargers deploying on their media site. The 19 separate locations will have a total of over 100 additional chargers. The fast charging will vary from 150 kW to 350 kW.