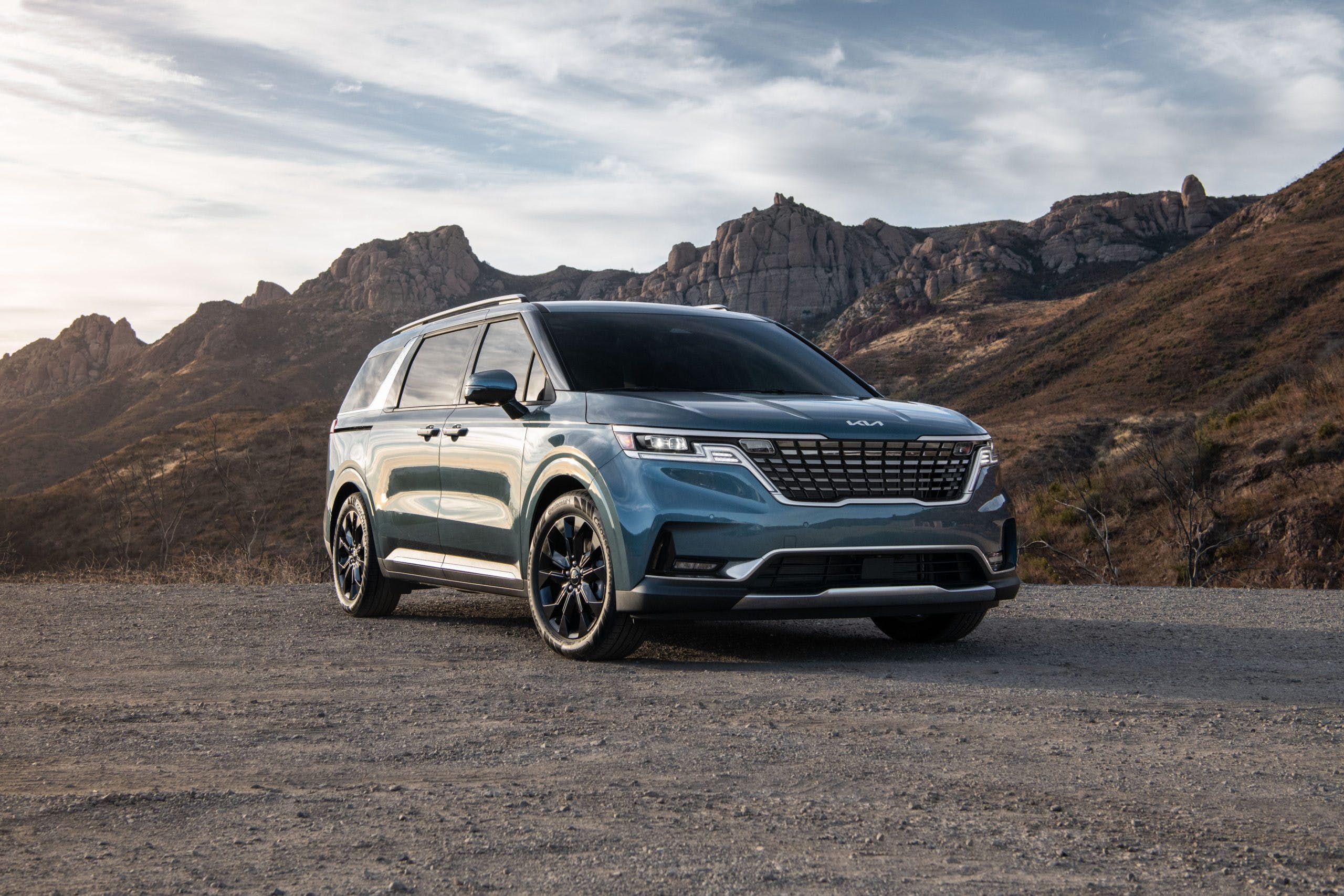 The Kia Carnival arrived in North America to high acclaim. Luxurious, spacious, and packed with a lot of tech features, the Carnival gave you so much for the money you’re spending. However, it’s still not available with an electrified powertrain or AWD, two things found in its competitors. According to our sources, at least one of those is getting addressed soon because Kia is about to go head-to-head in the electrified minivan game against the Chrysler Pacifica and Toyota Sienna.

For those of us who don’t know, the Kia Carnival shares the N3 architecture with the Sorento and K5. On the Hyundai side, this platform is used by the Sonata, refreshed Santa Fe, Santa Cruz, and the fourth generation Tucson. Kia’s next vehicle to go on this platform will be the 2023 Sportage. If you look closely at each vehicle on the N3 architecture, everything except for the Carnival and the Asian market Staria are electrified. That means it has been built with electrification in mind. Every new Hyundai Motor Group platform since the arrival of the new Sonata and Genesis GV80 is capable of accepting hybrid, plug-in hybrid, battery-electric, or hydrogen fuel cell powertrains. The only exception to that is the E-GMP platform, which is specifically built for battery-electric applications.

This means the Carnival can easily get an electrified powertrain and it appears Kia will give it exactly that, likely as a new addition for the next model year. We’re suspecting the same hybrid powertrain found in the Sorento, Santa Fe, and Tucson are going to end up in the Carnival but it could have specific changes to accommodate the heavier vehicle. A more powerful electric motor could find its way into the Carnival Hybrid to counter the added weight with more torque. That means it could make more than the 227 hp that the hybrid version of the Sorento makes, easily making it match the Sienna in terms of power. It could trail in the fuel economy department but the difference will likely be very small considering the Carnival may stay FWD only even in electrified form.

A plug-in hybrid variant could also be on the way as an answer to the Chrysler Pacifica Hybrid. Hyundai and Kia use the same 1.6-liter turbo-four and six-speed automatic transmission but they’re paired to a more powerful electric motor and a large 13.8-kWh battery instead of the tiny 1.5-kWh unit in the non-plug-in version of the powertrain. In the Sorento, Santa Fe, and Tucson, the combined output is 261 hp. That may not change in the Carnival plug-in hybrid because that’s right in line with the Pacifica Hybrid’s 260 hp total output. The driving experience, on the other hand, will be more familiar because it has a conventional gearbox instead of a planetary gear set. That alone could lure more consumers to the electrified powertrains, especially with the promise of power and efficiency.

Although there’s no concrete date as to when the electrified versions of the Kia Carnival will arrive, we doubt that it’ll be more than a year. The N3 platform was built with electrification in mind and it’s not going to take Kia that much time or money to release a hybrid. This is even more important now as Toyota has made the Sienna hybrid only and the Chrysler Pacifica Hybrid remains the only plug-in hybrid minivan available. The addition of an electrified Carnival would broaden its appeal and improve overall efficiency without power. When you consider that and all of the Carnival’s inherent goodness and you get a compelling option for family duty or if you’re simply looking for more space without going to a crossover.