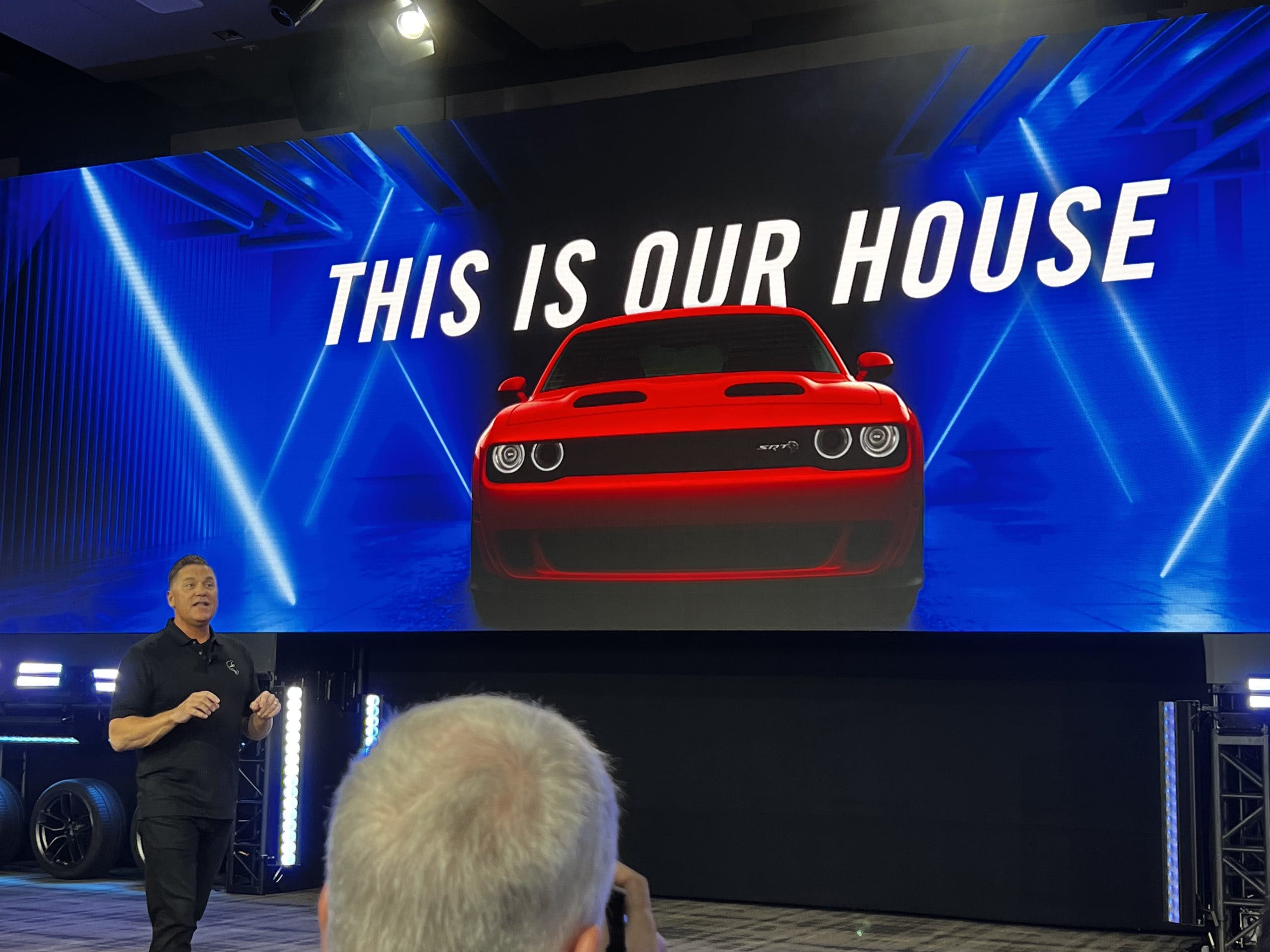 While we will be the first to tell you shouldn’t read the comments on the internet, Kuniskis admitted that he did and that people are quite vocal about the new Hornet, that just recently debuted, and how it’s a compact crossover and not a car.

Naysayers shouldn’t be worried. Kuniskis confirmed during the Charger Daytona real that dealerships have received 14,000 reservations in the first day of existing.

The Dodge Hornet is built on the same platform as the upcoming Alfa Romeo Tonale, but with some unique elements to separate it from its Italian cousin.

The Hornet R/T, the version that is a plug-in hybrid, will make at least 383 lb-ft of torque, and feature something called PowerShoot — an overboost function — for when overtaking on the highway or just an added shot of adrenaline whenever the driver demands it.

When not hot-dogging it, drivers should be able to get over 30 miles of all electric range, and be able to recharge the battery in approximately 2.5 hours on a level 2 charger.

The Hornet GT, the gasoline-only base model, hits dealerships by the end of the year, but if you’re waiting for the PHEV like we are, we’re told that it’ll go on sale in Spring of 2023.

Here’s our first look on site of the all new 2023 Dodge Hornet R/T:

The Hornet will be built alongside the Tonale in Italy, and if you’re interested in getting in line, let your local dealership know.