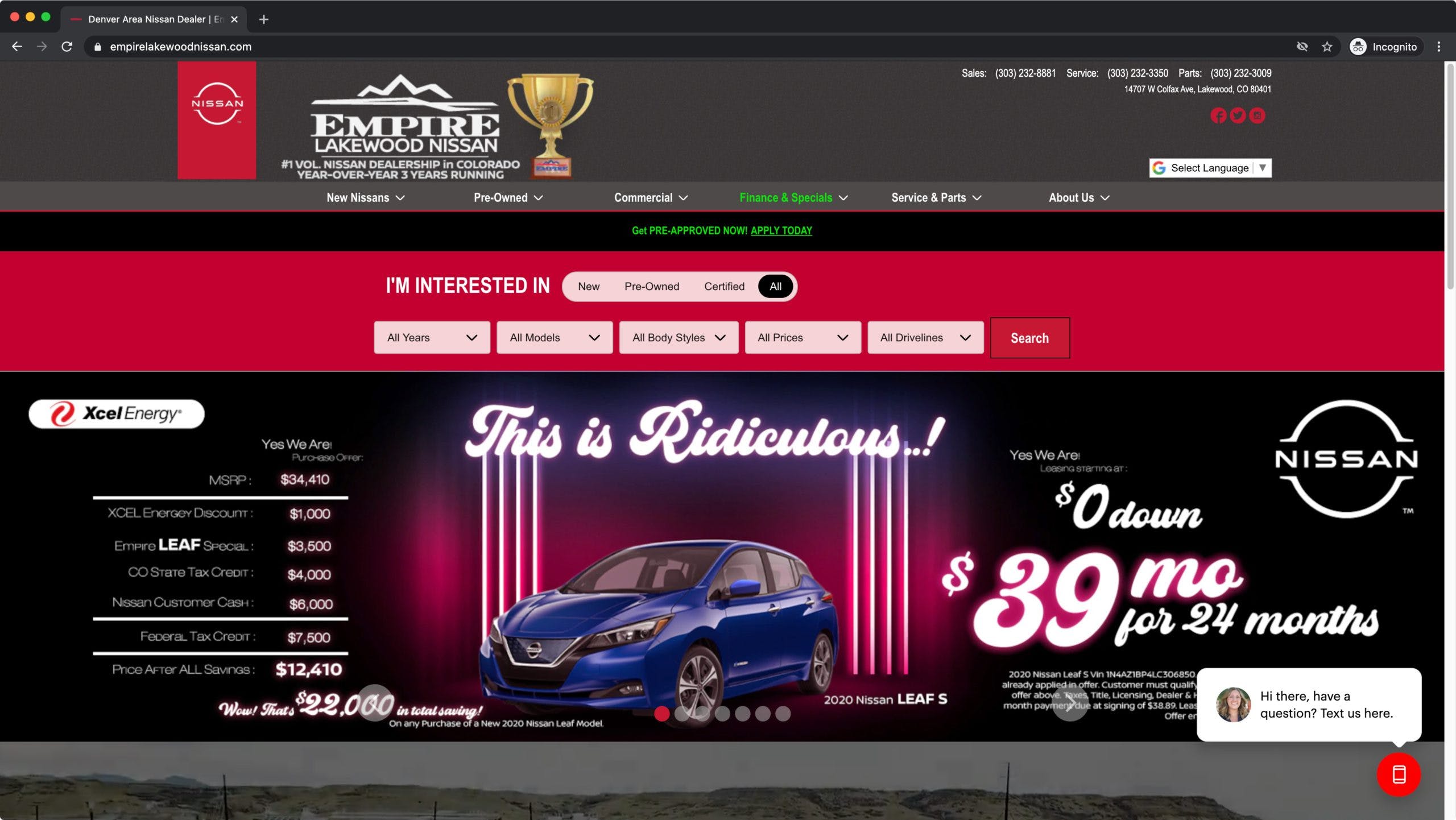 Do you fancy yourself driving an electric car but don’t want to spend the money on one? There’s a Nissan dealership in Colorado right now that has an offering you might not be able to refuse.

Empire Lakewood Nissan is currently offering a $39/month lease on the standard range Nissan Leaf S. Yes, it’s the base trim Leaf, but it’s also a brand-new car for $39 that you don’t need to put gasoline in.

They also have the Leaf Plus, which is the longer range model, for $89/month.

There are some weird disclaimers though, such as a delivery charge not being included in the price. So before you sign on the line, you’ll want to confirm what the final price actually is.

But it appears there are deals to be had out there if you’re willing to look, especially if you’re looking for an inexpensive daily with a solid set of safety features and a comfortable ride.