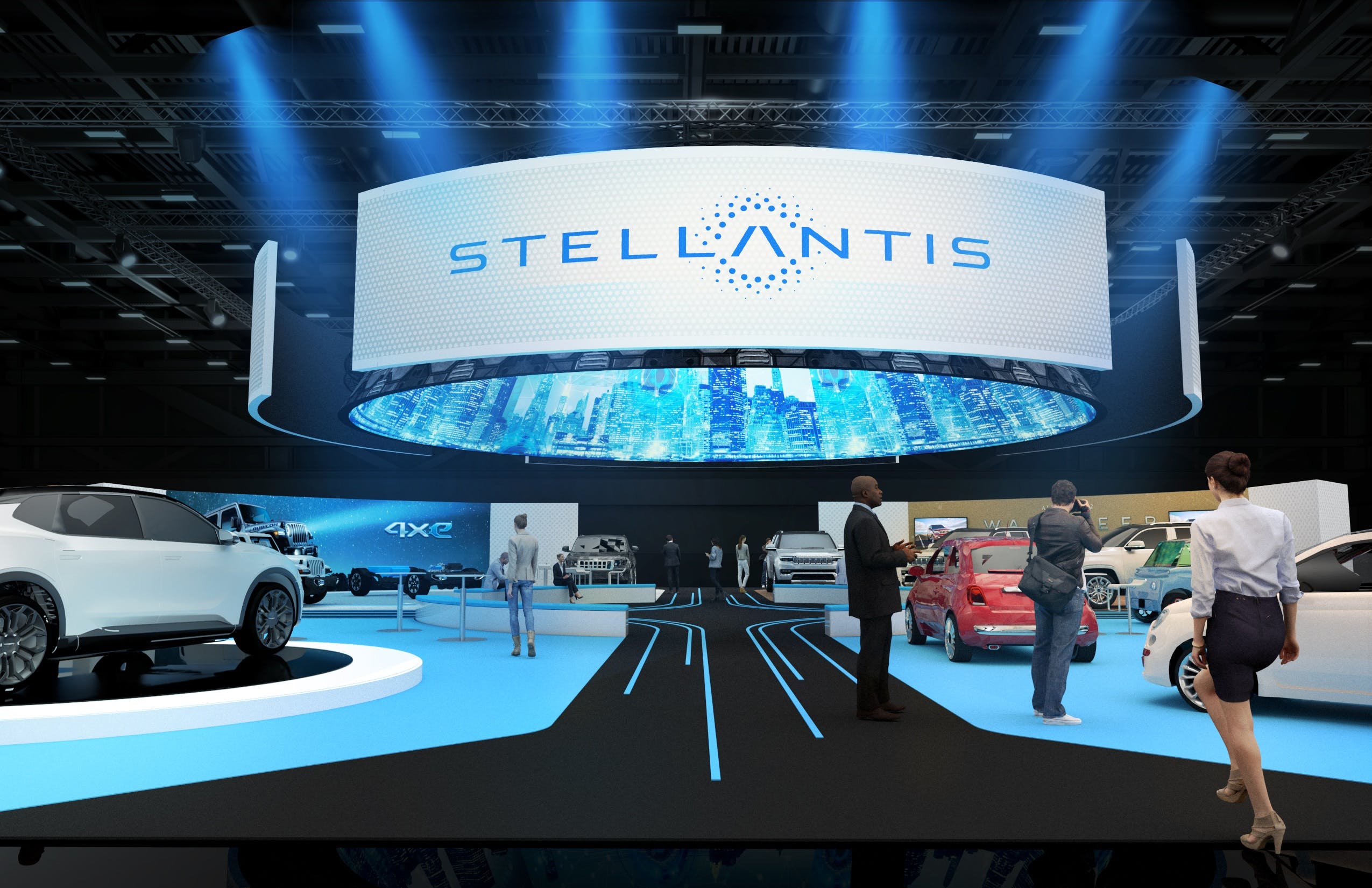 The 2022 CES Show is turning into a venue for major announcements from automakers. Joining Mercedes-Benz and General Motors is Stellantis, which will show a wide variety of vehicles across its brand portfolio. Headlining Stellantis’ stand will be the Chrysler Airflow Concept, a battery-electric crossover that appears to be the size of the Ford Mustang Mach-E. Like its crosstown rival, the Airflow Concept features an aerodynamic design, further hinting at its electrified nature. The Airflow nameplate was first used in a full-size sedan that Chrysler built from 1934 to 1937. A two-door coupe variant was also produced alongside its four-door counterpart.

“Vehicles are an integral part of people’s digital lives and the future of mobility is fueled by technology,” said Carlos Tavares, CEO of Stellantis. “Electrification, with our 30 electrified models available including fuel cell vans, connectivity and autonomy are all important facets of that future but each cannot stand alone. Our creativity, engineering, and innovative partnerships are accelerating our drive to build the best and most sustainable mobility for our customers.” Alongside the Chrysler Airflow Concept, Stellantis will also show several new and existing models including plug-in hybrids like the Jeep Wrangler 4xe and Grand Cherokee 4xe.

Despite being a show held in the U.S., Stellantis is also using the 2022 CES Show to display some forbidden fruit. The first of which is the new-generation all-electric Fiat 500, which can travel up to 199 miles in the WLTP cycle. It features level 2 semi-autonomous driving capability and peak DC charging speeds of 85 kW. Like its predecessor, its styling is an evolution of the original Cinquecento from the 1950s modernized for the electric age. Since its debut, the new 500 is Stellantis’ bestselling battery-electric vehicle in Europe.

Citroën will have two vehicles on display, the first of which is the Ami, a super tiny two-passenger EV built specifically for congested urban areas. The Ami can be driven by people as young as 14 in Citroën’s home market of France. It also features “à la carte” offerings that are targeted to specific use case scenarios. Fully charging the Ami’s battery takes roughly three hours. Stellantis’ carsharing arm, Free2Move already employs the vehicle across its network. You can also rent or buy one online or via a dealer. Citroën will also display will be the Skate Mobility Concept. Essentially a wheeled robot, the Skate is a mobile platform that can transport pods in urban areas.

DS, one of the luxury brands under the Stellantis Umbrella, will have the E-Tense FE21 on the stand. This vehicle is a Formula E race car that weighs 1,984 pounds with a driver in it. It is backed by a 900-volt architecture that includes a 52-kWh battery powering an electric motor that makes 338 hp. Together with its lightweight design and the electric motor’s instant torque, the E-Tense FE21 can hit 60 mph in 2.8 seconds.

Stellantis outlined its electrification plans earlier this year at its EV Day presentation. Although not all brands are represented at the 2022 CES Show, that doesn’t mean they don’t have electrified vehicles coming. Dodge will introduce its first plug-in hybrid model next year along with an all-electric muscle car concept. The production version of the latter is scheduled to arrive in 2024, the same year that the all-electric Ram 1500 debuts. Jeep gets its first EV in 2023 while Alfa Romeo will add a plug-in hybrid version of its upcoming Tonale small crossover next year. Alfa Romeo is also earmarked to go all-electric in 2027.