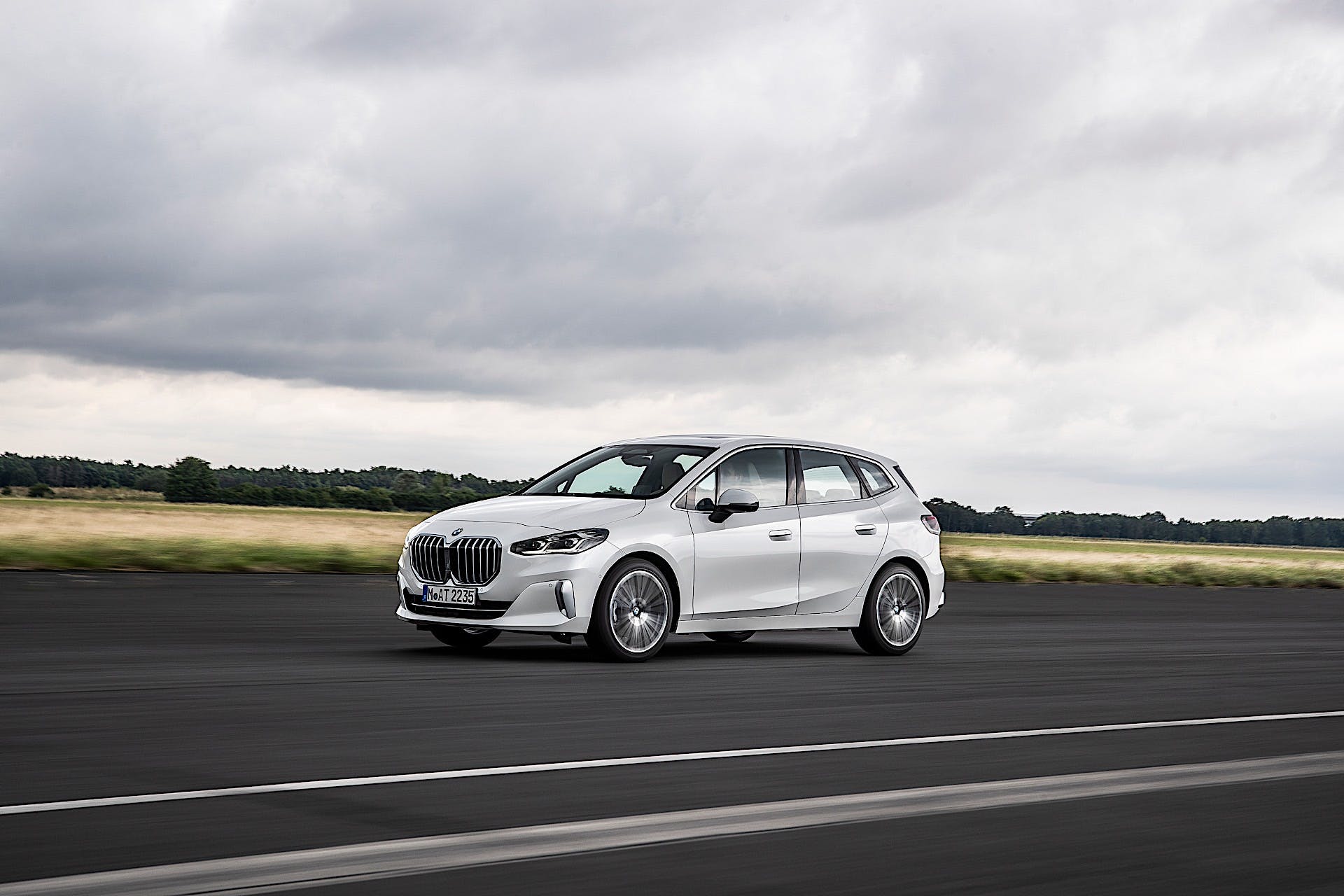 Remember that odd duckling known as the BMW 2 Series Active Tourer? The tall, utilitarian hatchback? Yeah, that one. Well, a new generation just arrived and it still looks quirky, only this time you get it with BMW’s massive new grille and a host of electrified powertrain options. You’ll be able to choose everything from a mild 48-volt system to two plug-in hybrids.

Unlike its predecessor, the new BMW 2 Series Active Tourer is more angular with sharper curves. The headlights and taillights are narrower while the rear end is more upright. It’s greenhouse remains upright but BMW says the coefficient of drag has dropped to 0.26, making it more aerodynamic. You’ll be able to choose between two different flavors: Luxury Line and M Sport. The former has cleaner lines for a more elegant look while the latter gets large lower air intakes and a unique rear diffuser.

The biggest change is the interior where you get a new iteration of BMW’s interior design. There are two displays, measuring 10.25 and 10.7 inches respectively on the dash housed under a single piece of glass running the iDrive 8.0 interface, thinner air vents, and a new center console design. A larger bin below the center stack houses a wireless charging pad while the floating armrest features a volume scroller, driver mode selector and the electronic shifter. BMW has added more useful features to make the 2 Series Active Tourer more practical in addition to the 40/20/40 split-folding rear seat backs, the second row has two positions and a sliding feature. Additional creature comforts include massaging front seats, extra sound deadening, adaptive LED headlights, Dual-zone climate control, and a Harman Kardon audio system. M Sport variants get front sport seats with additional side bolstering.

Like the iDrive 7.0 in older BMWs, the later interface has over-the-air software update capability. This allows the company to improve the vehicle without needing to go into the service center. All 2 Series Active Tourer models are available with the usual plethora of driver assistance and collision avoidance features. You can further upgrade them with lane center, steering assist, adaptive cruise control, a head-up display, automatic parking, a surround view camera, traffic jam assist and BMW’s drive and anti-theft recorders.

BMW’s latest front-drive architecture, called FAAR, underpins the 2 Series Active Tourer. It will eventually find its way into the next-generation X1 crossover. This platform was developed with electrification in mind as evident in the two new plug-in hybrid powertrains and an available 48-volt mild hybrid setup in the 223i. The latter makes 218 hp combined between a turbocharged 1.5-liter three-cylinder and a 19-hp electric motor. If you’re looking for more power, there are the two PHEVs. The 225e takes a 136-hp turbo three-pot and couples it to a 109-hp electric motor for a combined output of 245 hp. If that’s not enough, the 230e kicks it up a notch with a 150-hp version of the same engine and a 176-hp electric motor making 326 hp. Both use a 16.3-kWh battery with a usable capacity of 14.9 kWh. The only transmission offered is a seven-speed dual-clutch automatic. Using a level 2 AC charger gets you a full charge in 2.5 hours at peak rates of 7.4 kW. According to BMW, the 2 Series Active Tourer can travel up to 80 km or 49 miles in all-electric mode on the WLTP cycle.

The BMW 2 Series Active Tourer isn’t coming to the North American market anytime soon but it does give us a glimpse at two upcoming crossovers: the next X1 and Mini Countryman. Both vehicles will share the same FAAR architecture and will offer the same range of electrified powertrains.

What we’re seeing here with the 2 Series Active Tourer are potential propulsion options for the X1 and Countryman. It’s likely that the latter will be offered with the 223i’s powertrain in S guise while the base model gets the 1.5-liter three-pot without electrification. At the top of the range is the Countryman SE, which should be the high-output plug-in system from the 230e and could also power a potential X1 xDrive30e. That will likely serve as a new range-topping model for the redesigned X1.