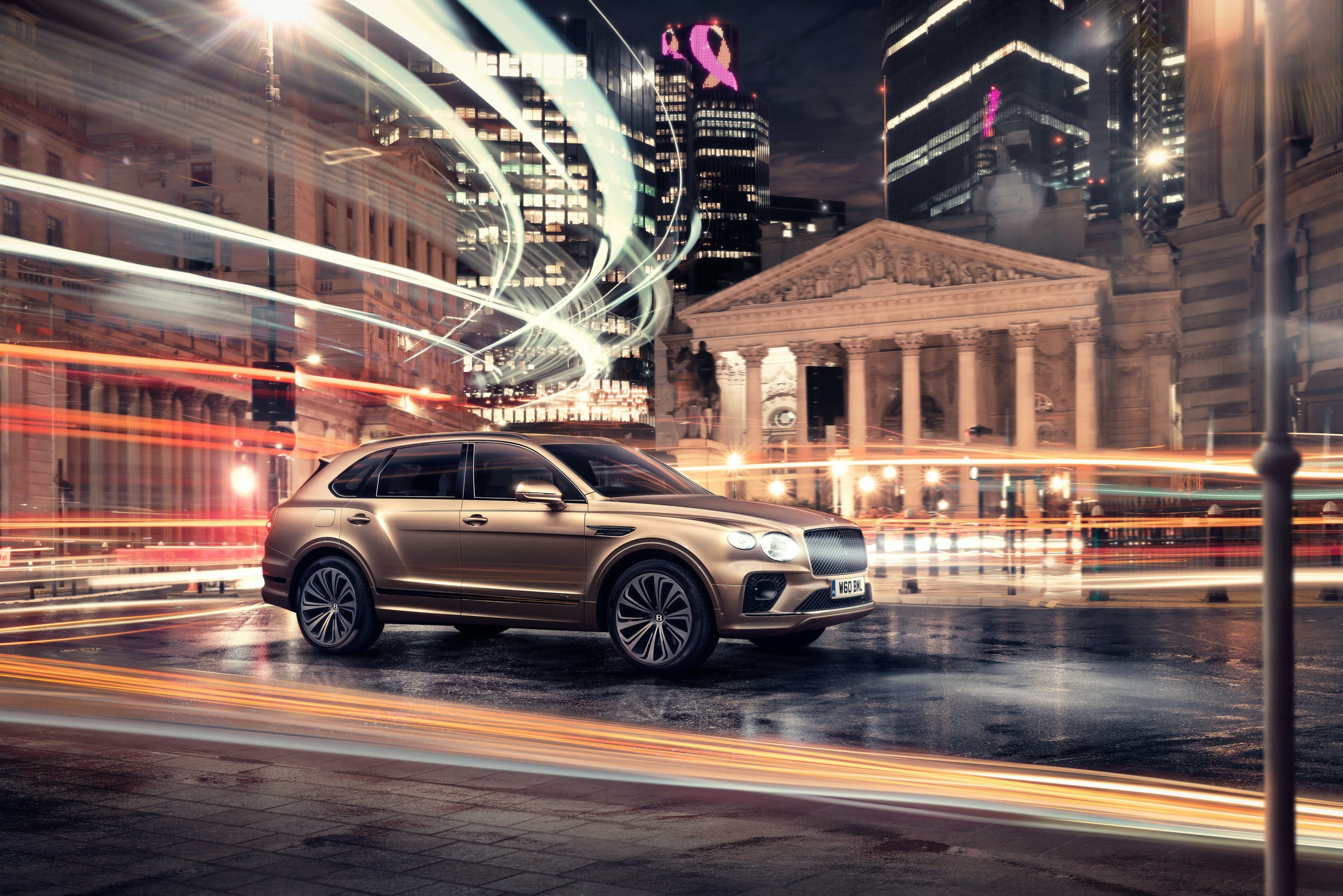 Powering the Bentley Bentayga Hybrid is a 3.0-liter twin-turbo V6 coupled to an electric motor. Total output is 443 hp and 516 lb-ft of torque. In the New European Driving Cycle (NEDC) calculations, the Bentayga Hybrid can travel up to 536 miles on a full tank and charge. Bentley says the SUV can do 31 miles in EV mode in the same cycle. The 17.3-kWh lithium-ion battery charges at a rate of 7.2-kW per hour, allowing get to 100 percent in around 2.5 hours. Upon turn the vehicle on, the Bentayga Hybrid defaults to EV mode and can stay in there up to 84 mph.

The Bentayga’s built-in navigation uses predictive data and haptic feedback via the pedals to teach the driver how to operate the vehicle as efficiently as possible. The accelerator pedal also has a resistance point that lets you know where the car will transition from EV mode to hybrid mode. A Hold mode lets the driver can preserve the battery charge and save it for shorter journeys. There are also user profile data to show you where you’re using EV mode most frequently and how efficiently you’re driving.

The latest iteration of Bentley’s infotainment system will be found on the Bentayga Hybrid. It features a 10.9-inch touch screen, Android Auto, and wireless Apple CarPlay as standard. There’s also an available tablet controller for the infotainment system, which was first introduced in the Flying Spur. Other standard tech features include USB-C ports and a wireless charger.

As with every Bentley model, you can customize the Bentayga Hybrid to your heart’s content. There’s cool dark diamond-brushed aluminum trim, Koa or Crown Cut wood veneers, and special quilting from Mulliner, Bentley’s bespoke arm. Just like the non-electrified Bentaygas, you can get the Bentayga Hybrid in a four- or five-seat configuration. Expect the Bentley Bentayga Hybrid to go on sale later this year likely priced between the V8 and Speed models.