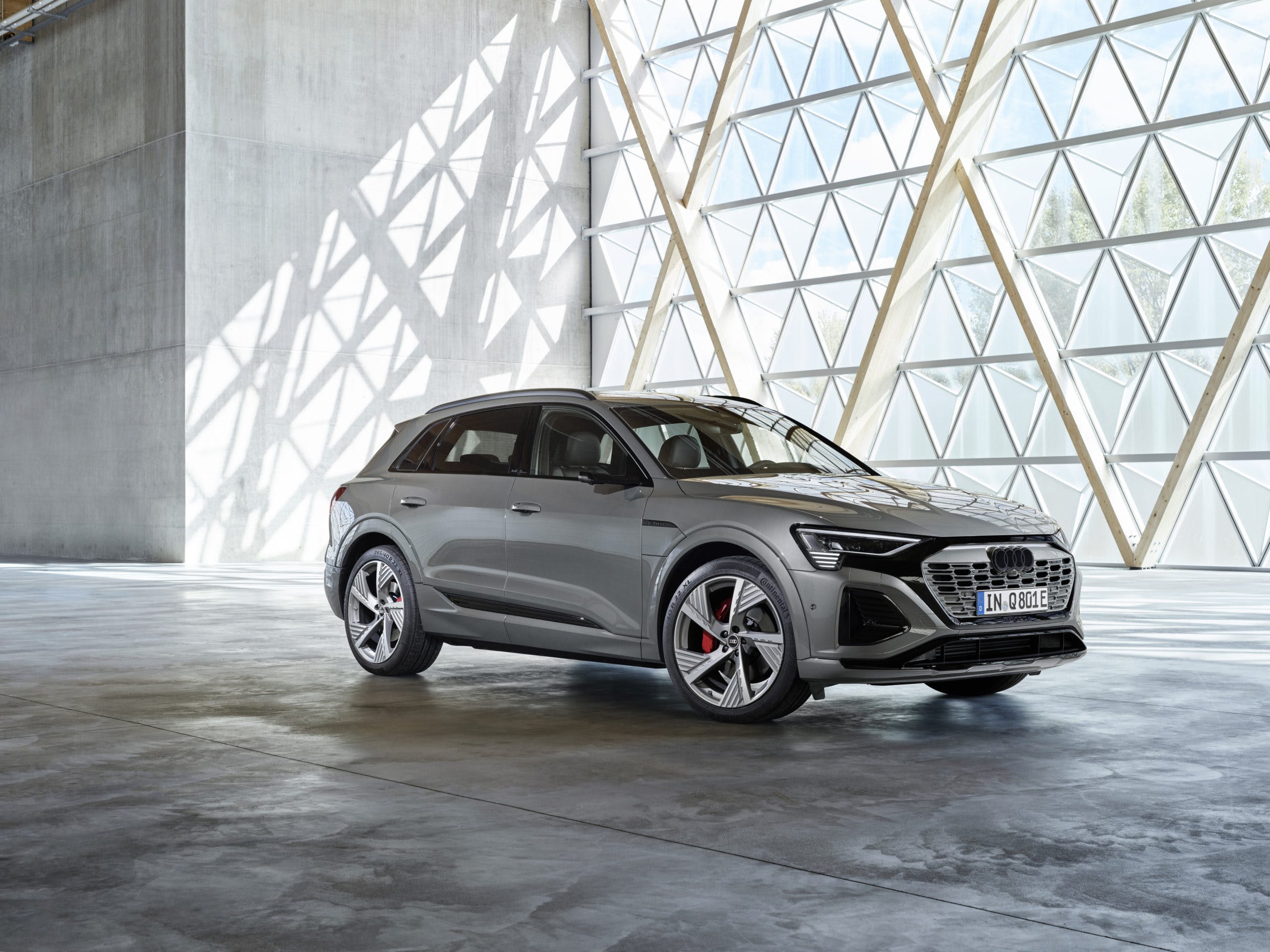 If big, luxurious, electric SUVs are your jam, then you’ll be interested in the latest offering from Audi. Called the Q8 e-tron, it is the pinnacle of what you can expect from the four ringed brand.

Available in either a traditional SUV body style, or a sloped back Sportback, the newest e-tron is available in two different battery pack sizes, three different performance trims, and an increase in peak DCFC.

In the highest range SUV version, on the WLTP scale, the Q8 e-tron will be able to go up to 581 kilometers (362 miles), while the Sportback’s improved aerodynamics increases the number to 600 km (373 miles). It should be stated that the WLTP test cycle can be a bit optimistic compared to range numbers in the United States.

This is Audi’s latest flagship model and features the brand’s new two-dimensional design for the four rings. It’s also the first Audi model to have Audi lettering on the B-pillar.

There’s new front and rear designs to identify this as the electric version, along with Audi’s “Singleframe mask.”

Inside is all premium Audi, which is to say pretty great. Of course virtual cockpit is here, along with tons of touch screens in high resolution.

The interior also featured recycled materials, including some made from recycled PET bottles. And as a sign of our time, there is an air quality package to make breathing easier.

Both body styles of the Q8 e-tron will launch in spring of 2023, with models arriving in the United States by the end of April. U.S. pricing hasn’t been announced.

The Audi Q8 e-tron will also be certified net-carbon-netural in both Europe and the United States.