What are Pete Buttigieg’s plans and what can we expect from his Department of Transportation? 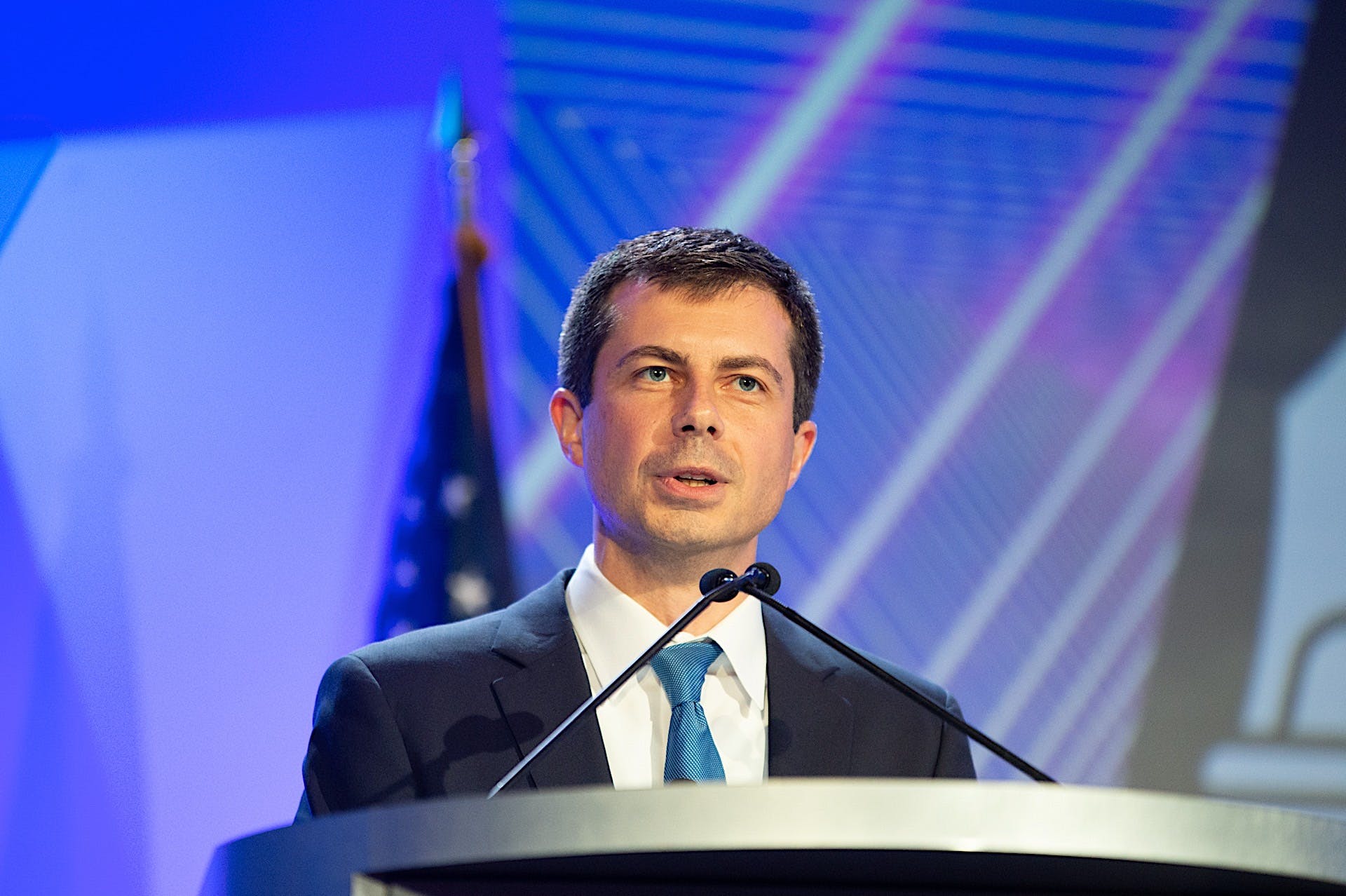 The National Climate Task Force, created as part of the series of executive orders enacted by President Joe Biden, had its first meeting on February 11 to discuss a governmentwide approach to tackling climate change, creating jobs, and achieving environmental justice. The Biden administration, which has rejoined the Paris Accords, pledges to eliminate fossil fuel emissions from the energy sector by 2035, make the country carbon-neutral by 2050, and convert all government fleets to electric vehicles.

The US is the second-largest producer of carbon emissions after China, and transportation makes up the largest chunk of the United States’ greenhouse gas emissions at 28%. In order to drastically reduce the country’s vast contributions to climate change, a transportation overhaul is necessary.

Newly appointed Transportation Secretary Pete Buttigieg has said there is a “generational opportunity” to transform the transportation sector. He has publicly announced ambitious goals to shift America away from its traditional car-centric model toward one that relies more on public transportation and active mobility, and he hopes to stimulate America’s economy along the way.

“I envision our department playing a central role in the vital, national project of building America’s economy and infrastructure back better,” Buttigieg wrote in an email to colleagues earlier this month outlining his goals. “We will break new ground: in ensuring that our economy recovers and rebuilds, in rising to the climate challenge and in making sure transportation is an engine for equity in this country.”

Will the former mayor of South Bend, Indiana be able to succeed where past administrations have failed? What is in his power to change in the near future, and what challenges stand in his way? Let’s break it down:

The lay of Pete’s land

The Department of Transportation has a budget of $87 billion to play around with, $47 billion of which is allocated directly to roads and public transit. The problem is, much of the DOT’s budget is controlled by funding formulas set by Congress. Currently the House and the Senate are controlled by Democrats who are more likely to favor transportation changes that combat climate change and create jobs. However, in a pandemic economy that’s printing dollars like they’re marks, lawmakers might not see the immediate value in promoting an aggressive transportation agenda.

Buttigieg is somewhat against the clock here as 2022 will bring about the next round of midterm elections, during which Democrats might lose control of Congress. Much will depend on the secretary’s ability to negotiate with lawmakers and sustain strong backing from the White House.

What is in Buttigieg’s power now?

Buttigieg has a history of enacting similar people-centric transportation models. In South Bend, he led an effort to reorient the city’s downtown around cyclists and pedestrians, which helped to revitalize the neighborhood. That was just one small city with a $10 million transportation budget, but experts say Buttigieg’s got the skill and the energy to scale up those initiatives.

Within the secretary’s power now is also the ability to enact federal rule-making, and again, it’s likely that he will prioritize rules that can reduce greenhouse gas emissions. We might also expect his office to promote improving or building rail service in rural communities and improving access to jobs and essential services via public transit. For comparison, the Trump administration’s DOT prioritized deregulation and private sector collaboration.

America is a car-centric country and thus has not invested nearly enough in its high-speed railways. The fastest we’ve got is the Amtrak Acela that runs from Washington D.C. to Boston, and it limps behind railways in 18 other countries. A decade ago, the Obama administration tried to secure funding for high speed railways, but was unable to sway Congress to provide the necessary funds.

My administration will spark the second great railroad revolution to propel our nation's infrastructure into the future and help solve the climate emergency. pic.twitter.com/0LEAtfweyv

We’re in a different America now, one with a president who is sometimes referred to as “Amtrak Joe” due to his prevalence for riding the regional transit between Delaware and DC and who has promised the second great railroad revolution. We’re also in a different world, one in which climate change is very much front-of-mind for many politicians. Biden’s administration might just have a fighting chance at succeeding. And for Buttigieg’s part, he’s already pledged to “move forward” on working with lawmakers from the mid-Atlantic to approve the Gateway project, a program that will build tunnels under the Hudson River for Amtrak and commuter trains.

Democratic Congressman Seth Moulton has proposed a plan for a national high-speed rail network that would cost $205 billion over five years. The US spends about $50 billion a year on highways.

In a sense, to try to change the way the nation moves, to place less emphasis on the car and all the individualistic connotations that come with it, is to change the American dream. And while making America the world-leader in high-speed rails would be a change that, hopefully, fights climate change, provides jobs, and improves the quality of life of millions, some people don’t like change. Many politicians would rather put bandages on transportation issues rather than contribute to a railroad revolution.

“There will be a lot of lawmakers who just want to repair their local potholes or old bridges rather than invest in 21st century technology,” Moulton told CNN Business. “We can’t squander a generational opportunity by investing in the last generation’s infrastructure.”