How the hybrid system in the Acura NSX works 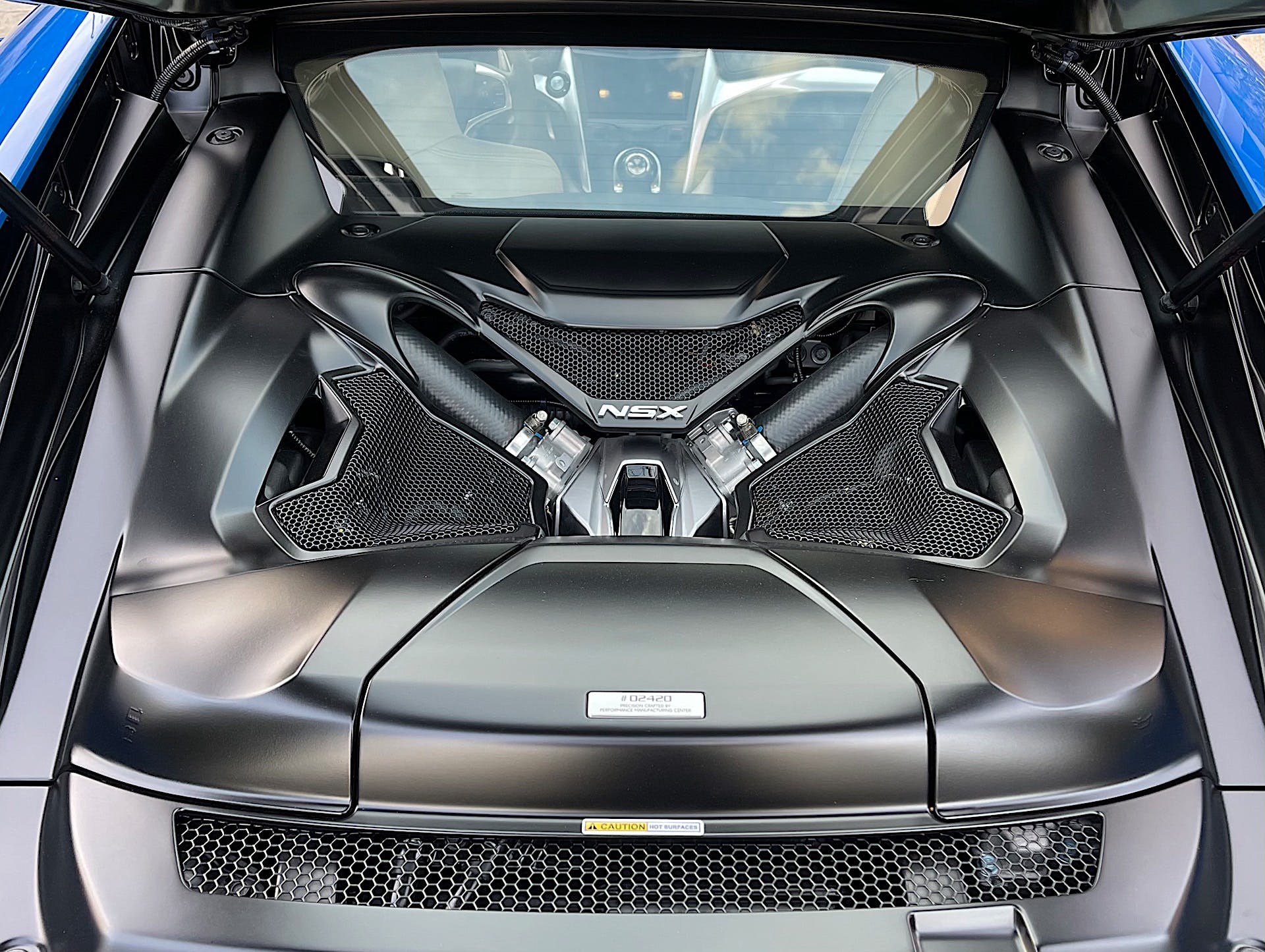 The Acura NSX is one of the most potent supercars to come from a Japanese automaker in recent years. It’s also packing a complex powertrain that requires a lot of dissection on how it makes this supercar so satisfying to drive. Featuring three electric motors, a nine-speed dual-clutch automatic transmission, a 1.3-kWh lithium-ion battery, a 3.5-liter twin-turbo V6, and AWD, there’s a lot to unpack.

At the heart of the NSX’s hybrid system is the 3.5-liter twin-turbo V6 with 500 hp and 406 lb-ft of torque on its own. Sandwiched between the nine-speed dual-clutch automatic is an electric motor with 47 hp and 109 lb-ft. In the front, there are two more electric motors making 36 hp and 54 lb-ft each. In Sport mode, which is the default one the car starts in, the electric motors can propel the car at parking lot speeds and charge the small lithium-ion battery via regenerative braking. The engine can also act as a generator but most of the time, it’s used for propulsion.

Unlike most hybrids which provide a nice balance of power and efficiency, the NSX’s powertrain is all about performance. While it’s a little more efficient than most supercars, there’s no doubt that these electric motors are there for going fast, especially with a combined output of 573 hp and 476 lb-ft. They’re also the reason why the NSX has zero turbo lag because they fill in the holes in the power band, making power delivery linear and predictable.

Quite possibly the most interesting part of the NSX’s powertrain is the two front electric motors because they serve two purposes. In addition to motivating the car, they distribute torque left to right and vice versa or overdrive one wheel as needed to keep the car stable through corners, maximize grip, and allow you to get back on the throttle sooner when exiting a corner. During spirited driving, you feel the two electric motors at work because of the pulling sensation when exiting a corner. Along with the engine and rear electric motor, the two front motors work together with the chassis and AWD system to give you outstanding handling balance.

What you get is a supercar that’s friendly and easy to drive fast on the track or spiritedly on your favorite roads. Despite all of the technological complexity, the NSX doesn’t lose much of its character for the sake of all-out performance. This hybrid system enhances the car’s personality and gives the driver more confidence because of how balanced it is.