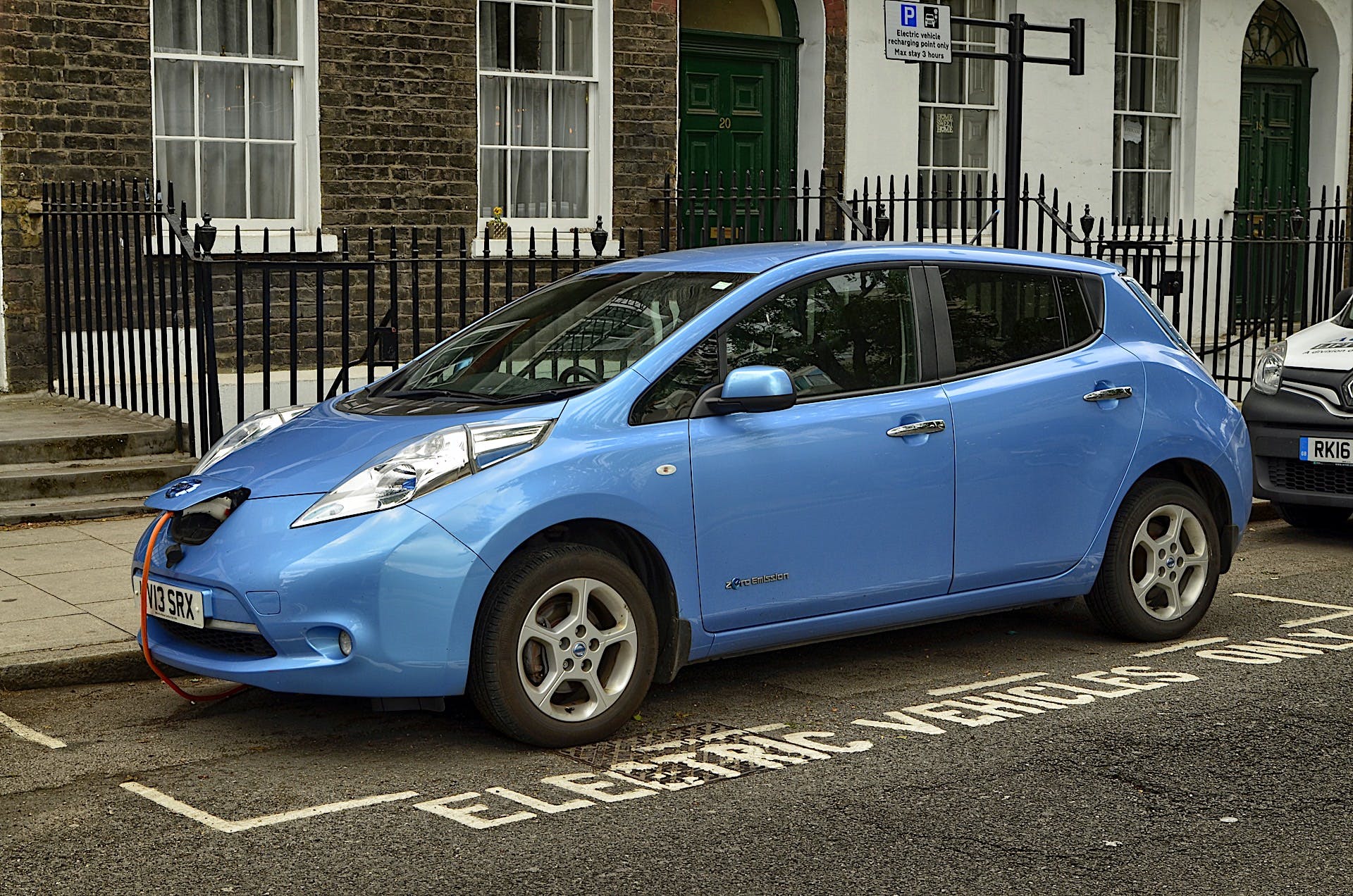 So you want an Electric Vehicle, but the sticker shock of a brand-new one has you looking elsewhere? Why not a used EV? As sales continue to grow, more and more previously charged electric vehicles are becoming available, especially in states that have been offering big incentives on new ones for years. A new type of vehicle comes with a new group of things to look out for, though, so consider this your guide on how to buy a used electric car.

Even for seasoned used-car experts, an EV posts a new set of challenges when you’re shopping. In some ways it’s a lot easier — for example, you don’t need to worry about that strange noise or smoke coming from the engine — but in other ways, like range and service, it’s a whole new world.

If you haven’t already picked out a model you want, look carefully for the right EV. Especially with older, first and second-generation models, range and capacity can swing massively from year to year and model to model. More range costs more money, so if a model looks like an amazing bargain, make sure it’s not one with a sub-100 mile when-new range. Unless you’re OK with that range, in which case enjoy some seriously low-priced EV options.

Once you’ve decided on which models you want, the first thing you’re going to want to check on a specific car is the battery. Let’s face it, that’s the scary part of an EV for most buyers because it’s the newest technology in the car and it’s also the most expensive. But there isn’t a monster hiding under the floor of that used EV, there are some easy things you can do to check out the health of the battery pack.

Battery capacity will degrade with time and charging cycles, especially if it has always been fast charged or has lived somewhere extremely hot or extremely cold. Gas-powered cars do it too, but it’s of greater concern for EV drivers than gas car drivers. An easy way to check this is to compare the range on the screen with a full charge to the range claimed when new, but if you want more detailed information, that’s available as well.

Tesla says you can check battery degradation by multiplying the current range by the average consumption rate displayed on the power consumption screen, then multiplying that figure by state of charge. Yes, that’s a touch complicated, but it shows how much battery capacity you have left. Though it will be affected by extreme temperatures. The batteries in a Nissan Leaf will show fewer bars when fully charged, starting with 12 and then reducing slowly as the battery degrades, so a battery that’s lost significant charge might show only nine or 10 bars at full.

If you’re planning to go check out an EV, ask the dealer to charge it fully before you get there, that way you can see if its full-battery range is up to par, but also to help ensure it will meet your needs. You should be able to see the battery level (which should show 100%) and you should also be able to see the range available. It’s an extreme and exaggerated example, but a 300 mile car that now offers 60 percent of original range might be fine for your needs, while a 120 mile EV with 80 percent might not.

If you’re sold on a particular EV, but still curious about the battery, contact a service center for that brand that’s trained to handle the model, or seek out an independent EV specialist. They can use computer tools to give a more in-depth look at the health of the battery, and this is a good way to start a service relationship with that shop too. Or, better yet find out that you and the shop don’t get along and give you time to find a new one before you need service.

Check out the warranty of the model you’re looking for. Check an online or glove-compartment copy of the warranty booklet for the most complete details, and to find out exactly what is covered. Be aware that battery capacity and battery failure aren’t always the same thing. A battery pack can lose significant capacity (which means less range), but not be covered by the manufacturer because, well, the pack is still working. Tesla, for example, allows battery degradation on some models to bring capacity down to 70 percent of the original before allowing a warranty fix.

It’s important to find the exact model, year, and capacity of battery you’re looking to buy when you check the warranty because they can vary significantly. As an example of this, Tesla is currently offering a new-vehicle battery warranty of eight years or 100,000 miles on the Model 3 Standard or Standard Range Plus, but 120,000 miles on Long Range and Performance models. Other automakers have similar variations, and you don’t want to buy a car thinking it is covered when it’s not. If the vehicle you’re looking at is one of the rare cars that needs a battery pack replacement, price that into the equation, but this is not a common occurrence.

Tires play a large part in EV range (as well as gas mpg) as well as driving feel, so if a vehicle seems to have lower range or higher watts/mile than others like it, look for off-brand rubber. Low rolling resistance tires make a big difference when it comes to range, and cheap tires could mean other maintenance corners have been cut.

Go for a test drive

If you haven’t spent much time driving EVs, go test drive some new ones, especially if they’re the same brand or model you’re interested in used. That’s the best way to get used to the different noises and the new feel of an EV, and so you’ll notice if the used car you’re test driving sounds strange in a normal way (compared with a gas car) or strange in a bad way. Like it makes a clunk when you turn left, for example. Look at renting one, through a local car rental agency or through a service like Turo, where EVs seem to be common and popular options, especially if you can find the model you wanted to buy.

While the powertrain of an EV is much different, the rest of the suspension is like any other car or crossover, except that the EV is likely heavier. That can mean increased wear to suspension components over time. If you know how to check these things on an ICE car, it’s the same here, if you aren’t familiar, make sure it’s part of your pre-purchase inspection. Squeaks, groans, and clunks at low speeds and on bumps are all possible signs of suspension component wear.

Brakes are especially important to check because most EVs don’t use the old-fashioned braking system all that often. Regenerative braking can often handle all but the hardest stops, and that can let rust take hold of the braking system. Check the fluid, making sure it looks clean and clear, not dark and murky. Look at the rotors: some rust is fine, especially if the car has been sitting, but deep grooves or heavy rust on the face is an issue that will need to be addressed.

Bring the car up to speed and make two or three very hard stops. Use full braking to annoy your passengers but make sure the service brakes are being used (and make sure there’s nobody behind you first). Listen for grinding or scraping sounds, especially on the last stop, which could mean a thorough brake service is needed. After several hard stops, you can also place your hand over the face of each wheel. If one seems hotter than the others, that brake caliper could be sticking, requiring service and significantly reducing range and efficiency.

Check for all the accessories. You’re going to want the wall-charger cable that lets you plug into a socket at home, and if it’s missing then you’ll be looking at a big bill for a new one. You’ll also want to see if the cable is long enough to reach the plug you’re planning to use. Normal extension cords and an EV’s draw will mean even slower 120V charging. If it comes with a 240V charger, that’s even better, since you can install a 240V outlet at home and charge even more quickly.

Compare pricing with a new model and incentives

So everything’s in the trunk, the suspension checked out, and you’re loving the drive. Now what? It’s time to check out brand-new models. Yes, we know you were looking for a used model, but here’s the thing: tax incentives on new EVs can be massive, into the tens of thousands depending on where you live and the vehicle. While there are some incentives for used, they’re generally much smaller or completely nonexistent. If you’re looking at a model that’s close to the price of new, and you have the tax burden to benefit, a new EV might end up as the better bargain.

So now you’ve picked your EV, had it checked out, signed the papers, and are ready to go home. Enjoy your quiet drive and don’t forget to charge. Enjoy that new to you electric ride.

Written by Evan Williams
Follow Author
JOIN THE EV PULSE NEWSLETTER
Receive weekly updates on each of our electrifying articles.